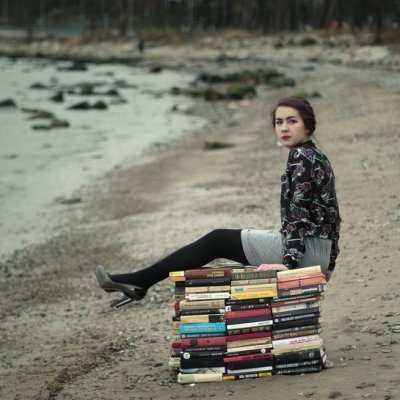 There are 2014 YA books that you need to read if you haven't already. These books may not have been written in 2014, but they reached their peak in popularity during the year. Most of them have landed a spot on the best selling list and have gained respect in their field. So the next time that you're bored, pick up one of the following popular 2014 YA books:

1 The Fault in Our Stars by John Green

John Green is on a roll. Not only is The Fault in Our Stars still selling millions, but his other novels, Looking for Alaska and Paper Towns, are doing increasingly well. If you're not interested in a love story between two cancer patients (which you should be), then pick up one of his other novels. They're the 2014 YA books that are worth taking the time to read.

2 If I Stay by Gayle Forman

Even though this book was published back in 2009, it has sold like crazy lately, because of the recent movie adaptation. The story follows a teenage girl who is in a coma after a car accident with her family. If you end up loving the novel, Forman has also written Where She Went, which is just as fascinating.

3 We Were Liars by E. Lockhart

When you're looking for a suspense novel, this is a book you need to read. If you like fairy tales, then you'll enjoy the comparisons that the story contains. If you like thrilling conclusions, that's even better.

Do you live in a boring town where there's never anything exciting to do? Well, the main character knows how you feel. That's why she decides to compete in Panic, which is a game that graduating seniors at her school play. If you want to know the juicy details, make sure to pick up a copy of this novel.

5 The Truth about Alice by Jennifer Mathieu

This is a debut novel, but there's nothing mediocre about it. It's about a girl in high schools who is labeled as a slut. She has to deal with harsh rumors while the reader has to deal with finding out the truth about her. Is she really as scandalous as everyone says she is?

6 To All the Boys I've Loved before by Jenny Han

Are you scared of admitting your feelings to your crush? Then you'll be able to relate to Lara, a girl who keeps a box of letters under her bed that she has written to her former crushes. When those letters somehow get mailed to the boys, she has to deal with their reactions to her secret feelings.

7 The Geography of You and Me by Jennifer E. Smith

Here's a story that sounds cliche, but is pretty darn romantic. It's about a man and woman who meet in a broken down elevator in their New York apartment. Will they still be as infatuated with each other when the electricity comes back on?

There's no reason to wait for new books in 2015 when there are so many great ones that already exist. So stop putting your reading on hold and open up one of the books sitting on your shelf. What's the best book that you've read this year?