Are You into Sylvia Plath? Here's Why You Should Be ...

Poetry is a challenging literary form to conquer and that is one of the top reasons to read Sylvia Plath. This American poet, who succumbed to depression and took her own life at the age of 30, perfectly captured slices of life in a few chosen words, making her one of the very few women poets whose works I have chosen to read and ponder on. Here are seven of the many reasons to read Sylvia Plath:

1 She Writes about Death and Despair

I can write about several reasons to read Sylvia Plath; I can also write some reasons NOT to read her works. Plath is a prolific, truthful writer but to the uninitiated, her poems may sound and feel too violent, dark, and painful. But the good part about reading Plath is that you know that the emotions are real; they're not for show or written for the purpose of evoking feelings of hopelessness or despair.

Writing, I mean. She kept a journal and published her first poem even before she turned 10 years old. I haven't come across any reading that talked about the influence of her father, a professor and author, in developing this habit but I wouldn't be surprised if he did encourage the young Sylvia to write. Children need to have journals these days even when the lure of owning a tablet or a cellphone is tempting. Writing still remains a beautiful art that is best enjoyed with a pen and sheets of paper. 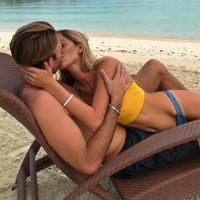 How to Find the Love Your Zodiac Sign Deserves ... 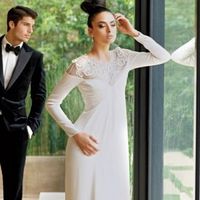 7 Ways to Prevent Your Family from Taking over Your Wedding ...

3 She Was an Achiever

By not common, I mean that she is not read by everybody. How many of your peers actually know Sylvia Plath? My friend told me that unlike Maya Angelou, Sylvia Plath is not “wholesome” because Plath’s works almost glorify death and suicide. To some extent, I agree. But that is one of the main reasons why I read her. I get the chance to read about depression and severe loneliness from an author who actually experienced it, not by some clinical doctor who appears like an expert and talks about the big “D.”

Yep, she did! Although not as famous as The Bell Jar or the Pulitzer Prize-winning The Collected Poems by Sylvia Plath, Plath actually wrote three children’s books and... they are illustrated! I don’t know if they’re still printing them but I did manage to order a book from Amazon China bearing these three titles. I can’t wait for that to arrive on my doorstep!

6 The Collected Poems of Sylvia Plath

In 1982, Plath won a posthumous Pulitzer Prize for this collection of poems so yes, loves, expect a deluge of poems written from 1956 up to the time of her death. Start with this one if you haven’t read Plath.

And then, there’s The Bell Jar, the only novel that Plath wrote and with which she used the pseudonym Victoria Lucas. The novel is often described as semi-autobiographical because of the many scenes and characters which resemble events and people in Plath's own life.

Do you read Sylvia Plath? Why?

love
How to Find the Love Your Zodiac Sign Deserves ...
beauty
8 Top Ways to Maintain That Summer Glow through Winter...
twilight
Top 5 Twilight Blogs You Have to See ...
inspiration
Love is louder meaning
wedding
7 Ways to Prevent Your Family from Taking over Your Wedding ...

How long after eating bad chicken do you get sick ...
How to make your eyelashes longer with mascara ...
What are the important reasons for adopting a healthy lifestyle ...
Is my boyfriend embarrassed of me quiz ...
How to fuck your bestie ...
What to say to your boyfriend when he feels insecure ...
How to stop asking questions ...
How to get guys to like you in high school ...
What is heavier 1 ton of feathers ...
What to wear on your period ...