The Best Books of Poetry to Pick up ... 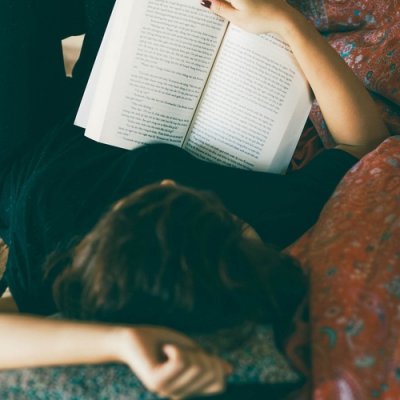 We all want our boyfriends to write us poems about how much they love us. Well, since that might not happen, you should spend time reading books of poetry by the world's most famous poets instead. They wrote better than your man can, anyway. If you're not quite sure where to look, here are a few amazing books of poetry that you should pick up:

1 Leaves of Grass by Walt Whitman

If you're a fan of Breaking Bad, then you've heard about this book before, because it was sitting on the back of Walter White's toilet during that famous scene. If you don't know anything about what's actually contained inside, it has a series of poems that "celebrate the triumph of America." If you want to read works by one of the greatest poets of all time, then you should pick up a copy of this book, which "captures the American spirit."

You've probably read a Shakespeare play before, or at least seen one acted out. We all know the story of Romeo and Juliet, and most of us know about Hamlet and Othello, as well. However, Shakespeare wrote amazing poems in addition to his classic plays. If you've never read any of them before, then you need to pick up this book in order to read the rest of his works.

If you're not interested in reading a series of poems, and would prefer to read one epic poem, then you should pick up a copy of this book. It's influenced by stories in the Bible, but Milton speaks more about the snake and the evil of man more than God and the greatness of the human race. It'll make you think about the world in a brand new way.

This book contains twenty-three different poems, which means you're bound to love at least a few of them. Many people say that these poems marked the beginning of the romantic movement. So if you like to read poems that are about nature and the human mind, then you're going to enjoy the themes contained within these pages.

"Beautifully illustrated with atmospheric paintings by renowned artists, Don Juan is is a satiric poem by Lord Byron, based on the legend of Don Juan, which Byron reverses, portraying Juan not as a womaniser but as someone easily seduced by women." You've probably heard to a player refered to as a Don Juan before, and if you read this book, you'll understand why.

6 Howl, Kaddish, and Other Poems by Allen Ginsberg

Howl is one of the most famous poems of all time. There was even a movie made about it that starred James Franco. Of course, there are plenty of other poems contained inside that are just as worthy of praise. See for yourself by picking up a copy of this book and finding the poem that you relate to the most.

7 The Divine Comedy by Dante Alighieri

Like many older works, there's a lot of talk about religion in this book. It's about a man named Donte, who "encounters many interesting sinners on the way" and learns to hate sin himself.

Poetry is just as beautiful as prose, which is why you need to read a book of it. What's your favorite poem?