The Best Vampire Books to Sink Your Teeth into ...

Vampires have always been my favorite horror/supernatural genre. From the classic Hammer movies starring Christopher Lee (the greatest Dracula ever!) to the books of Anne Rice, there are blood-sucking adventures galore – stories to really sink your teeth into.

Of course, top of any list should be Bram Stoker’s Dracula, the novel that laid down the foundations and rules for thousands of vampire novels in the future.

2 The Historian by Elizabeth Kostova

An engrossing novel about a character’s passion filled search for the ‘real Dracula’. Full of historical intrigue and captivating narrative.

The ‘King’ of literary horror throws his two cents in to the vampire genre with this gripping novel full of frights!

A great vampire-themed read that, whilst being categorized as young adult fiction, definitely has appeal for adults as well.

5 The Passage Trilogy by Justin Cronin

A set of vampire novels that you can really invest in over a course of months, or even weeks if you are an avid reader!

Going from a cult favorite to a firm best seller, the Anita Blake series is perfect for any Buffy The Vampire Slayer fans out there!

If you are a fan of the hit TV show, then what better way to indulge your vampire fandom than by reading the original books?

If you are also a Fifty Shades Of Grey fan, then this sexy, steamy series will quench two of your thirsts all at once!

If you like your vampire story lines to be filled with steaming chemistry and the feeling of forbidden romance, then the Dark-Hunter series should be your next stop!

The Undead series is the perfect choice for a lighter, more refreshing and funny read. Vampires don’t always have to be super serious!

This is another series that would be perfect for Buffy The Vampire Slayer fans. It’s full of snarky teens and set in a vampire boarding school!

I’m sure you’ve all seen the movies, but head for the series of novels for an even deeper look in to the lives and loves of Bella, Edward and Jacob.

13 The Strain Trilogy by Guillermo Del Toro and Chuck Hogan

If gore is what you are looking for, then look no further than this trilogy, a literary rival to the gruesome Saw movies!

A great series that mixes a strong female lead with just the right amount of romance, plus a great vampire storyline!

15 The Vampire Chronicles by Anne Rice

An absolute classic series of the genre, with Anne Rice being one of the most respected vampire writers out there.

A sweeping and indulgent series about a woman who is torn between the love of two gorgeous vampires. Guilty pleasures ahoy!

A great long running vampire-themed series that boasts one of the best and baddest vampire villains in the genre!

A really fun set of vampire-themed novels that contains one of the most fun partnerships out there. Think Mulder and Scully if they had been fighting vampires instead of aliens!

19 Interview with the Vampire by Anne Rice

Anne Rice gets a well-deserved second mention on this list for Interview With A Vampire, a captivating and engrossing novel that made an equally brilliant film starring Tom Cruise and Brad Pitt! 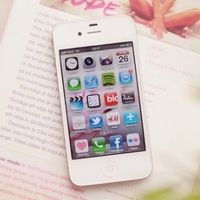 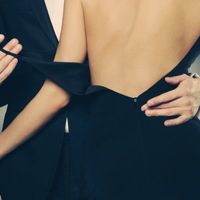 Body Language That Suggests All He Wants is Sex ... 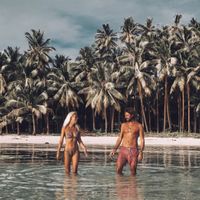 4 Photos of Missy in Jerusalem ... 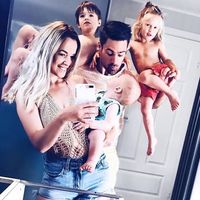 7 Signs Its a Toxic Friendship ...

What's the alpha body language ...
What bread goes with apple butter ...
How to tan naturally pale skin ...
How to avoid giving someone your number ...
How to respond when someone calls you a snack ...
How to look more asian ...
How often water crape myrtle ...
Adoptee food identity is complicated ...
Every child is different so don't compare ...
Paris color riche stylo smoky neon skirt ...