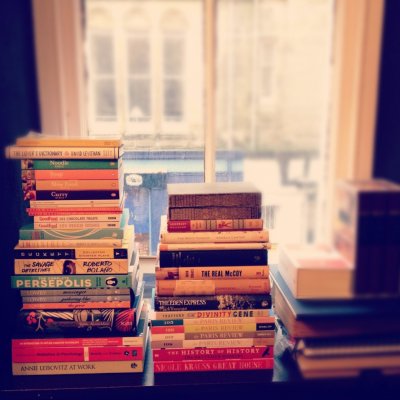 Science fiction gets a bad wrap. Most people think of it as the genre filled with ridiculous stories about aliens and spaceships, but it can be so much more than that. Whether you're more interested in time travel or artificial beings, there are plenty of stories that'll keep you flipping through the pages all night long. Here are a few of the most amazing science fiction books out there that you have to read at some point:

1. Ready Player One by Ernest Cline

Wish you could live on the Internet? Well in this novel, the main character spends most of his time in a virtual reality instead of his dingy home with his careless aunt. The story revolves around a contest that involves finding an "easter egg" in a video game created by a deceased designer. The winner gets the entire fortune the rich man left behind.

You may not have heard of this book, but you've definitely heard of Critchton's other novel, Jurassic Park. This author certainly wasn't a one hit wonder, because Prey is equally as amazing. The story is all about the dangers of creating artificial life. Although it sounds like a cliche topic, you've never read anything like it.

This novel takes place in a future where technology controls everyone's memories and personalty. The main character has his memory completely erased, and agrees to be given a new body and personality. However, this time around, he is changed into a woman.

In 2060, Oxford allows its students to time travel to the past. Of course, no matter how hard they try to change the results of certain wars, it's impossible to do so. Just like they say on Lost "whatever happened happened." When you finish this amazing book, there's no reason to cry, because there's a sequel called All Clear that you need to read next.

After aliens invade Earth, humans are forced to find a new place to live. They end up on a planet called Luna, and it doesn't take long for everyone to start feeling suicidal. However, there's a computer that monitors the planet that is just as obsessed with death as they are.

This novel shows two sides to the world: reality and the Metaverse. While the main character is just a regular pizza delivery boy in reality, he's a warrior prince in the Metaverse. However, when a computer virus threatens to ruin his double life, he knows he needs to figure out a way to stop it.

7. The Windup Girl by Paolo Bacigalupi

The Windup Girl, also named Emiko, is an engineered life form. She was created for a certain businessman, but after getting abandoned, she has to figure out what to do and where to go. Of course, it's a bit hard for her, considering that most people think of her as a heartless, soulless creature.

Don't underestimate science fiction stories. Not all of them have to do with aliens and spaceships. There are tons of different story lines, so no matter what your taste is, you'll be able to find something that appeals to you. What's the best science fiction book that you've ever read?