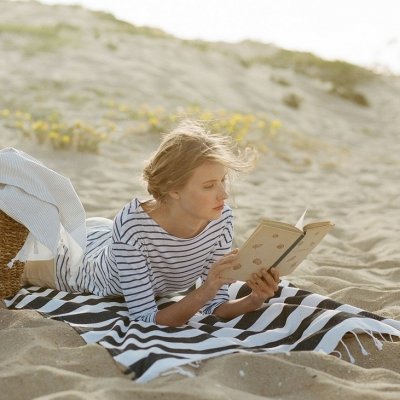 This year has already been a great one for books, so such a short list of the best books of 2014 is no easy task. I wanted to share what I think are some of the best books I've read so far, to provide some more inspiration for all your summer reading - of course, there are hundreds more and this is just what I've enjoyed. Some of these were released last year, but the paperback publication date was this year - so it still counts! Every one of these has stayed with me long after I read the final page, so here we go - my best books of 2014 so far.

I couldn't have a best books of 2014 list without including this book. I can't express how much I loved it! It's one of the sweetest, most innocent love stories I've read in a very long time and I heartily recommend it. It's about a scientist who, due to a number of personality quirks, doesn't have the best luck with women, and so devises a project wherein he aims to find a wife suited to him. Of course, he ends up meeting someone who, despite being the exact opposite of what he thought he wanted, he starts to experience feelings for. You'll be smiling the whole way through the book.

2. The True and Splendid History of the Harristown Sisters

This is perfect for fans of historical fiction. Loosely based on a true story, it follows the lives of seven sisters with extraordinarily long hair, hair that leads them out of their poor existence in rural Ireland to the stage, riches and a palazzo in Venice. As well as being a great story, it also asks wider questions about female sexuality and experience, questions that are as relevant now as they were when this book was set.

These next two on my list are ideal for holiday reading. Relatively short, it's a sensual, heady story of a couple holidaying in Deia, Mallorca, when they are joined by their daughter and her boyfriend. Focusing around the wife's attraction for her daughter's boyfriend, it's an interesting story of family ties and sexual obsession.

Is there a family out there who doesn't argue when they're all gathered together? This again looks at a family holidaying in Mallorca - a husband and wife experiencing marriage troubles, a sister on the brink of becoming an adult, a lost brother and a same-sex couple waiting to find out if their adoption application had been successful. Really though, it's a story of trying and failing, and trying again, despite those failings.

Ok, so I haven't actually read this yet. But I've been looking forward to reading it for SO LONG and I've heard so many good things about it, that I wanted to feature it here. Set in 17th century Amsterdam, it follows Nella, the new wife of a trader, after her husband presents her with a miniature replica of their home. This replica mirrors their real lives, and shows Nella the dangers that lie in wait for her.

The second novel from writer Kerry Hudson, this is the story of a security guard from Hackney and a young girl from Russia with a dark past. It's a beautifully-written, bittersweet love story between two very lost people. The thing about Hudson's writing is that she gives a voice to those who might not otherwise have one, doing so in a way that is warm, realistic and witty - I urge you to read her debut, as well as Thirst.

Last but not least, Naomi Wood's novel tells the story of one of our most loved writers through the eyes of his four wives. A brilliantly-written and painstakingly researched novel, it looks at Hemingway's story with fresh eyes. Most importantly, it tells us about the women we have too often forgotten, in our rush to unravel the myth & mystery surrounding Hemingway.

I've read so many good books this year, but I'll never have enough room to write them all down! What books have you enjoyed so far this year? Any recommendations for me?