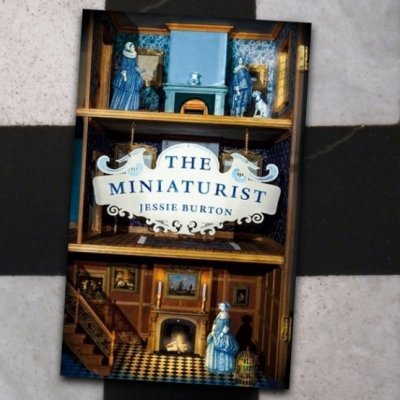 There are few things more special than a collection of books that take you to another world. Everyone gets stressed or sad sometimes - and in my experience, there is no tonic more effective than a good book. That's the beautiful thing about those books that really immerse you in their world, because, for a little while, you forget your own. And that's not sad, that's necessary. Books helps us escape from reality and they help us to deal with it. So, if you need a distraction, here's a selection of my favourite books that take you to another world.

If you're looking for books that take you to another world, then look no further than Neil Gaiman. He is one of my absolute favourite authors and I really can't recommend his work enough. This particular book is set in London - the city as we know it, and an alternative London, a terrifying and fantastic world that the protagonist quickly gets caught up in. It's especially cool if you know London, because you'll recognise some of the places Gaiman mentions - it's amazing how he makes you look at those familiar places in a brand new way.

2. The Miniaturist by Jessie Burton

If you haven't heard about this novel yet, I would be surprised, especially if you live in the UK. Jessie Burton is a debut novelist and the response to The Miniaturist has been overwhelmingly positive. And it's not surprising - it's a beautiful book that will take you back to 17th century Amsterdam, telling the story of newly-married Nella and a cabinet-sized replica of her marital home. Her world is sumptuously described and fraught with danger - with just the slightest touch of the magical.

3. Wolf Hall & Bring up the Bodies by Hilary Mantel

Hilary Mantel's Thomas Cromwell novels aren't ones you can commit to on a whim. I actually thought that I wouldn't enjoy them - that they would be the kind of books that take pages and pages to get into. I was completely wrong. After the first page, I was gripped by Cromwell's world and the dangerous line he trod - there are few historical fiction novels that immerse you so completely in the past; Mantel's skill in doing this is extraordinary.

Clarke's popular novel has been described as a fantasy novel, an alternative history and a historical novel - so it's proved difficult to pin down. It begins with the idea that magic once existed in England and has now returned, with two men, and it's rather brilliant.

5. The Night Circus by Erin Morgenstern

There are few books that I read and think, 'that was truly magical.' The Harry Potter books were, and that's part of the reason why they appealed to so many people. This book reminded me of that - I absolutely loved it. It was the kind of book where everything is so vividly described that you almost feel like you could jump in and be a part of it. After all, everyone likes a bit of magic in their lives.

6. Amity and Sorrow by Peggy Riley

Not every fictional world is a happy one, nor does it have to be fantastical. I included this book because I think it's important to read about worlds completely foreign to us, despite the fact that they exist within our reality. I thought this book was brilliant - it's about a mother and two sisters who escape from a religious cult and what happens to them afterwards. I urge you to read it.

The Bone Season has been heralded as 'the next big thing.' Personally, I don't like placing that much pressure on a novel - I think it can actually work against it in the long run - but I loved her first book and I'm halfway through her second, which I can't put down. The writing isn't flawless but the story, the characters and the exciting plot will engross you completely.

Sometimes, all you want to do is stop thinking about your own problems for a while and devote yourself entirely to something else. Books, and especially these books, will help you do that. What do you read when you need a distraction from everyday life?