21 Retro Reads That Were Once Taboo to Add to Your List ... 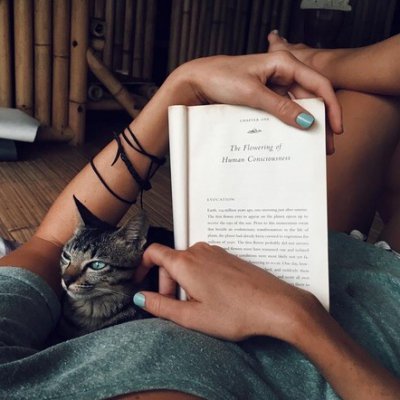 The tides of popular opinion change, as do society's morals, its prudish quirks, and its general openness in matters of sex, gender, sexuality, race, and diversity. As such, things that were once considered taboo become, with the passage of time, tame and even innocent, if not a bit kitsch in some cases. Consider, for instance, that Harry Potter, Twilight, and 50 Shades of Grey were and are all considered taboo in some areas. That makes it a bit easier to understand why it took so long for the world to come around on the subject of the following risque retro reads.

I think Peyton Place is charming. However, it came out at a time when sex itself was a taboo subject, let alone the books other themes, such as incest and abuse. Furthermore, it took place in a corner of the world where such subjects still tend to make the natives a little squeamish.

Return to Peyton Place was panned for the same reason as the original. It, too, is charming, although if anything it's a bit more risque. However, it tackled topics that needed to be tackled. If anything, it should have only been panned for not quite living up to the first book.

Lolita's status as a taboo novel is a little easier to understand, given the subject matter. That being said, it's actually one of my favorite books. It's beautifully written, and the twisted storytelling, the way our handsome Humbert tries so hard to make himself into the heartbroken genius, is sheer genius.

4 Valley of the Dolls

Sex, drugs, and stardom. Though Valley of the Dolls painted a realistic picture of life for young women seeking fame and fortune in the streets of New York City and LA, people were not happy to see what hides behind the veil.

It's no wonder people found this book so divisive – it's hard to find more beautifully written erotica.

D. H. Lawrence had a magic touch, though. Women in Love scandalized readers, yet now it's routinely taught in literature courses at colleges and universities all across the world – with good reason. The language is as beautiful as the acts Lawrence describes.

7 The Adventures of Huckleberry Finn

Well. We know why this one was so divisive. Do you agree with the groups today who want to censor the novel?

8 Flowers in the Attic

Incest, infanticide, locking children away … I get it, but it was a damn good book.

So many people missed out on this stunning read, and that still makes me sad. There are people who won't give it a chance even today!

Well, to be fair, this wasn't considered taboo everywhere. I daresay that, in the United States, 1984 probably prompted more unease than Animal Farm.

This novel gets so much flak, mainly because of the topic – a young London teen's sexual conquests aren't generally considered genteel subject matter. Is the content pornographic or progressive?

I could probably put any of Judy Blume's books on this list, from Wifey to Are You There, God? It's Me, Margaret. Because Forever deals explicitly with teenage sex, birth control, and even STDs, however, it got the ban-hammer from groups all over the place

14 Lord of the Flies

I think hatred of this book had more to do with shoving a stick up a pig's ass than anything else.

Oh, John Updike, the king of divisive subject matter. For the record, readers of long ago were disapproving of teenagers having any kind of sex, ever. Of course, since this novel also deals with abortion, alcoholism, and prostitution, I get it.

17 The Catcher in the Rye

Everybody hated Holden. I get this, too. I mean, I don't hate him, but I understand.

This actually still blows my mind.

I hate the reasons this book was considered so taboo. Even today, you hear people talking smack about it. Resilient black women, finding their own power, discovering their own desires – of frigging course everybody got pissed off.

This book reveals so many painful truths and realities, making its banning laughable.

21 The Well of Loneliness

There are lesbians in this book, so … lesbians are bad. Obscenity trials plagued its release.

What are your favorite banned or taboo books?