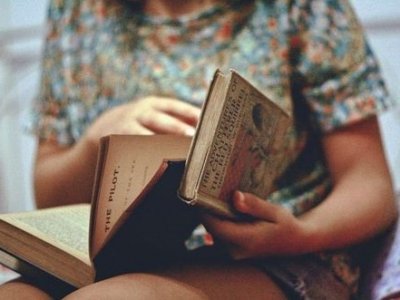 D. R. Sardesai’s book about Southeast Asia is a wonderful way to learn about the culture. The book is divided into 4 sections including: cultural heritage, colonial interlude, nationalist responses, and fruits of freedom. Each section has essays and stories written by Southeast Asian people. It truly is a great way to gain insight into the culture through the eyes of the people who live there. My favorite essay was written by a Javanese royal during the time the Dutch East India Company had control. Her opinion of the Dutch provides great insight into how ignorant the colonizers were of the cultures they colonized. This is one of the best books about Southeast Asia for gaining a comprehensive understanding of the whole area.

2. The English Governess at the Siamese Court

If you love the movie the King and I or Anna and the King, you have to read this book. This is Anna Leonowens' book upon which the movies were based; essentially, it is the real King and I. Leonowens wrote this book in 1870 to describe her experience as the governess to the wives and children of King Mongkut of Siam. King Mongkut wanted his wives and children to receive a modern Western education, and Leonowens obliged. She was there for almost six years, and her story provides great insight into the Siamese court. I don’t want to disappoint you, but there was no love story. Instead, Anna and the king had a professional relationship.

Written by Andrew Lam, Perfume Dreams provides insight into the impact of the Vietnam War on the Vietnamese. Lam is a famous NPR commentator and journalist, and in this book he tells his story of living as a Vietnamese national in California after the fall of Saigon. Lam and his family had difficulty adjusting to American culture at first, and the difficulties they faced highlight the struggles of the Vietnamese after the war. However, the family did adopt the American culture eventually. Although not exclusively about Vietnam, Perfume Dreams provides great insight into the Vietnamese culture as it chronicles a family adjusting.

4. On the Wings of a White Horse

On the Wings of a White Horse is Oni Vitandham’s touching true story of escaping the genocide in Cambodia that took place under the Khmer Rouge. Vitandham came from a royal family, but was born in a jungle cave because her mother was hiding from the Khmer Rouge. At a young age she witnessed both of her godparents murdered, and she was placed in labor camps, which she escaped from multiple times. Eventually, orphan Vitandham escaped to America. When I read this book I found myself in tears many times, but I recommend reading it because Vitandham’s fortitude is inspiring.

5. Jose Maria Sison: at Home in the World – Portrait of a Revolutionary

Jose Maria Sison founded the Communist Party of the Philippines and was instrumental in the Filipino revolutionary movement. This book written by Sison with Ninotchka Rosca provides Sison’s opinion about the political relationship between the U.S. and The Philippines and the results of the relationship, which he believes are negative. Aside from providing his opinion about politics, Sison also describes his life and the 8 years he was tortured in prison. If you are looking to learn more about Filipino politics, this is a great book to read.

6. The Girl in the Picture: the Story of Kim Phuc, the Photograph, and the Vietnam War

Denise Chong’s book gives the story behind the famous photograph of little Kim Phuc running from her burning village. During the Vietnam War, Phuc’s village was set on fire by American troops, and she was burned by napalm. A photographer captured her escape from the fire, and she became famous. The book provides Phuc’s account of everyday life during the Vietnamese War and how the war had lasting effects. Phuc now lives in Canada, but the photo of her as a girl in Vietnam was so powerful it helped turn public opinion against the war.

Lee Kuan Yeu is considered the founding father of modern Singapore. Under his leadership, Singapore grew into a thriving economic powerhouse. This book is Yeu’s personal account of how he led the building of Singapore from a swampy land to a thriving nation that has the fourth highest per capita income in the world. Not always politically correct, Yeu also provides his unorthodox views on democracy and foreign political relationships. This is a great book to read for anyone interested in the process of building a nation.