7 Short Stories That Will Get Your Imagination Going ...

When you’re not in the mood to read an entire novel, there are lovely short stories that can occupy your time. Even though the stories are brief, they’re packed with emotion, description, and plot. They’ll keep you just as entertained as any novel or movie and will stretch your imagination. These lovely short stories show that bigger isn’t always better.

If you haven’t already read The Adventures of Sherlock Holmes, you should do so immediately. “A Study in Emerald” is an imitation of the story “A Study in Scarlet,” but transferred into the horrible world of H.P. Lovecraft. “A Study in Emerald” is written by the bestselling author Neil Gaiman and is perfect for any lover of Victorian literature. It’s displayed in the form of a newspaper and contains scattered advertisements that reference Frankenstein and Dracula. If you’re looking for lovely short stories, you should start with neilgaiman.com.

2 I Have No Mouth, and I Must Scream

Harlan Ellison wrote this story that acts as a warning against technology. In the world that he created, a supercomputer destroys every human except for the five that the story centers around. The four men and one woman are tortured by the computer every single day. Even though they wish to die, the computer makes them immortal so that it has something to keep itself occupied. Read this unique story at pub.psi.cc. 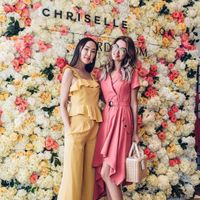 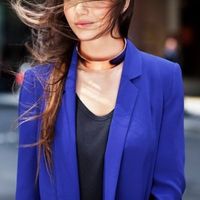 3 The Story of an Hour

You might have read this story by Kate Chopin before. It’s popular for schools to teach due to its excellent use of literary devices. “The Story of an Hour” is an ironic tale about a woman who is told about the death of her husband. Without giving anything away, the story centers around the desire for freedom. If you want to know more, it’s available on vcu.edu.

This one’s a classic that everyone should read at least once. Written by Edgar Allan Poe, the story follows a murderer who feels guilty about his crime. It explores the human condition and how everyone, even those who appear to be ruthless, has a conscience. Read it on xroads.virginia.edu. If you've ever felt guilty, you'll be able to relate to it.

5 The Legend of Sleepy Hollow

You’ve heard of the story and might have seen film adaptations of it, but have you read it? It’s a ghost story written by Washington Irving in 1820. He created the character of the Headless Horseman and Ichabod Crane, which most people are familiar with. Read it at pagebypagebooks.com and tell me what you think. Is the original story better than the adaptations you’ve seen?

Flannery O’Connor wrote this short story in the early 1900s. This is a tale about deception and shows that people are not always who they appear to be. It warns you to be careful who you trust and who you let into your life. There are good amounts of irony and disturbing scenes that keep you reading. Go to faculty.weber.edu to read it.

7 The Most Dangerous Game

Richard Connell wrote this story about a man hunting other men. Zaroff, the hunter, gets tired of killing animals because it isn’t challenging enough for him. He decides to wait until sailors become shipwrecked on his island and gives them a small amount of supplies. Then he releases them into the wild and hunts them down. If his prey manages to survive for three days without being captured, he lets him go. Will Zaroff always win or will someone find a way to defeat him? Find out by reading classicreader.com.

If you’re unfamiliar with any of these stories, give them a try! What’s your favorite short story? Are you a fan of any of the ones listed above?