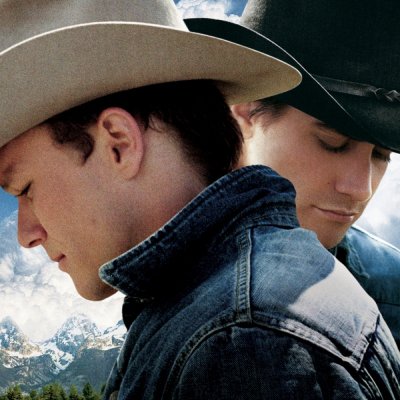 Our most beloved literature is positively littered with tragic couples - since Shakespeare's star-crossed lovers, we've seen all kinds of overwhelming odds, passionate but doomed affairs and even inter-species relationships that survive despite everything (if you consider vampire a different species). There's something about a doomed love story - we want something to root for, even though we know it can't end well; the inevitable ending is always just bittersweet enough to make those lovers immortal in our minds, on our bookshelves and in our hearts. So, with Valentine's Day looming, here are some relationships that will make any romantic situation look not-so-bad after all.

Wuthering Heights is one of my favourite love stories (although I use the word 'love' very tentatively) - I don't really know why because these lovers are both thoroughly unpleasant people, but there's just something about the idea of that all-consuming, destroy-everything-in-it's-path love. Catherine's pride and Heathcliff's desire for revenge ensure that no one gets a happy ending in this book, but it's that which makes it so powerful.

It's always the women that come off worse, isn't it? Anna Karenina, a Russian aristocrat trapped in a loveless marriage, falls in love with Vronsky and leaves her husband for him. Vronsky's careers suffers (a BIT) but Anna is shunned by society, stopped from seeing her son, and eventually, loses her sanity. I won't tell you the ending, but you can probably guess.

Yes, I know that Marianne ended up happily married to Colonel Brandon, and yes, I know that Willoughby was undeniably a rogue and a cad. But it's their love story that takes up most of the book and it's the one Jane Austen bad guy romance that I kind of wish worked out. It was never going to, but I firmly believe that Willoughby loved Marianne - he just loved money more.

In E. Annie Proulx's short story, two men working as ranch hands meet in rural Wyoming and fall in love. Forced to keep their relationship a secret, they can only meet for brief trysts as we follow them over the next twenty years, as they get married and have children, denying their true identities.

5. The Hunchback of Notre Dame

Long before the child-friendly animated version, Victor Hugo spun one of the saddest tales of unrequited love you'll ever read - a hunchbacked bell-ringer falls in love with a kind street performer, Esmeralda. After her jealous stalker stabs and kills her lover, she is blamed for the murder and hung. Years later, a hunchbacked skeleton is found wrapped around her bones, in her tomb.

In Hemingway's The Sun Almost Rises, Jake Barnes spends most of the novel pursuing Brett Ashley, who he is in love with. However, most of the men in the book love her, too and she eventually decides to marry someone else. It ends with the two of them reflecting on how things could have been for them.

I wanted to finish with a modern love story - The Fault In Our Stars. How many tears have been cried over this book? From the very first page, we know that the ending is going to heart-wrenchingly horrible. And, in fact, it's even worse than expected. It makes Hazel and Augustus' story even more poignant; whenever we read about teenage love, and first love, there's always the unwritten assumption that the characters will move on. Take that away, and you get something that will BREAK YOUR HEART.

Whatever you're doing this Valentine's Day, remember that you could be haunting England's wild, lonely moors, or rattling around an empty mansion brought only so that you could be with a woman who will never really love you - so, could be worse! I, for one, will be curling up with a cup of tea and a good book. What's your favourite doomed love story?