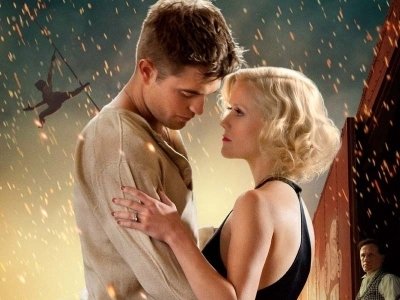 As a book lover, I understand the debates that usually erupt whenever any books that were adapted into movies are mentioned. Lovers of literature often form a connection with the written words of the text, making it difficult to fathom how anyone could prefer the movie, the adaptation, over the original. My opinion lies somewhere in the middle; while I can admit that I almost always end up loving the book more than the film, I have to say that there are some movies that are done quite phenomenally well. Here are a few of my favorite books that were adapted into movies.

As far as books that were adapted into movies go, "The Help" by Kathryn Stockett is mind blowing. Reading the struggles that some of the characters faced is incredibly heartbreaking. I definitely recommend both reading and watching "The Help" if you haven't already. It will teach you a lot about love, life and friendship in general.

I know that many fans of the Harry Potter novels feel that a few of the films weren't faithful to the text. However, one of the biggest reasons why I decided to watch the films anyway is the fact that I was intrigued to see how the differences would play out. I never thought that I would be a huge fan of the films, I'm glad that I was proven wrong (although I admit that I was definitely upset by a few of the movies).

3. The Perks of Being a Wallflower

Stephen Chbosky's "The Perks of Being a Wallflower" is absolutely astonishing! As a sort of coming of age story, I just love that it is incredibly insightful. I really love the amount of inspirational quotes embedded throughout the text.

4. To Kill a Mockingbird

When I was first assigned this book to read, I have to admit that I was not excited at first. After getting over the slow start, I found myself falling deeply for Harper Lee's writing style and poise. Watching the movie actually made me love the book even more. Am I the only one who feels that the film was well done?

I remember being excited and nervous after hearing that Sara Gruen's book was going to be made into a film. It took me a long time to muster up the courage to watch it. I really liked the overall cinematography and the director's choices.

I am completely obsessed with the "Hunger Games" franchise. Ironically, I actually saw the first film before reading the books. Seeing the plot unfold before me (as well as the performances of the marvelous actors) convinced me to do things the more conventional way the next time around and read the books first.

I can't put into words the amount of love and respect I have for both the film and the novel. Rachel McAdams and Ryan Gosling did a phenomenal job bringing these star-crossed lovers to life. It's safe to say that when it comes to love and romance, Nicholas Sparks is a total genius.

There's always going to be a scene or moment that you wish the directors didn't cut out; the important thing to remember is that the films sometimes help bring new fans closer to the series. What are your favorite books that were adapted into films? Did you ever find yourself liking the movie more?