1 The Tail of Emily Windsnap Series by Liz Kessler

When I think back to this book series for kids, all I remember is how much I loved mermaids! The Tail of Emily Windsnap takes you through all of Emily’s adventures as a half-mermaid, half-human being. These books were overflowing with watery adventures that I wanted to grow a tail of my own and go help the main characters finish the story! These books are definitely a great read for kids interested in underwater fantasy!

2 Diary of a Wimpy Kid Series by Jeff Kinney

I will admit that I currently own every book of this series, and am going to continue to buy the new ones as they come out. Yes, they are meant for kids, but I love reading them! They are so filled with wit and humor that I just cannot resist! The series takes you through the middle school troubles of Greg, the main character, and all of the messes he gets himself into. The series is very relatable and an altogether great read for any middle-schooler!

This series isn’t just made up of 4 or 5 different titles like most series are. Instead, the first series is 28 books! Altogether there are 49 different titles between the first and second series.These series greatly intrigued me when I was a kid because of the history and adventure intertwined within each page! The two main characters travel through time and space with the help of their magic tree house. They are able to go to the North Pole, visit China 2,000 years before their time, and encounter some nasty Vikings! Every book is a new adventure!

4 The Land of Elyon Series by Patrick Carmen

This book series is definitely aimed at the kids with a knack for adventure and a constant curiosity. The main character, a little girl named Alexa, has been kept from discovering the secrets of her small kingdom and she is determined to discover them. Over the span of four books and one prequel, readers discover that Alexa harvests the power of talking to animals and gains the strength to defeat many evil villains. But always while keeping love in her heart. This series is a must for any child and will even interest some teens!

If you thought that The Magic Tree House series had a lot of books, then prepare yourself for a shocker! The Boxcar Children have over 100 books written by numerous authors, but featuring the same characters. The plot revolves around four orphans who encounter many adventures and mysteries while living with their grandfather. I used to love reading these books along with the Nancy Drew series. I was definitely a mystery book kind of girl but these books are great for kids with all kinds of interests!

6 The 39 Clues Series by Rick Riodan

As you might have guessed, The 39 Clues series are about 2 very intelligent kids on a clue hunt! However this isn’t like your regular scavenger hunt, these kids have to compete against other hunters to find clues that were hidden by figures such as Benjamin Franklin and Mozart for a chance to become the most powerful people in the world. These books are awesome for the adventurers at heart! But if you want to read them, you had better hurry up because a movie is planned to come out in 2014!

7 The Secret Series by Psuedonymous Bosch

This secretive series is all about, yup you guessed it, secrets! The author’s style of directly speaking with the reader through the title is similar to some of the books I've read written by Lemony Snicket. I can’t tell you much about this series because it is obviously a secret. I can tell you that the series is great for kids and that the name of the first book is literally, “The Name of This Book is a Secret.” Intriguing, no?

Book series for kids are some of the most exciting and most interesting books ever written. Book series are able to leave a book with a cliffhanger and keep the reader on their edge of their seat! And book series that are filled with adventure and mystery meant to grow a child’s imagination are even more exciting! I almost wish I was a kid again so I could go back and read these book series for the first time! Did you read any of these book series when you were a kid? 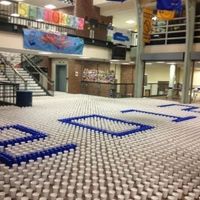 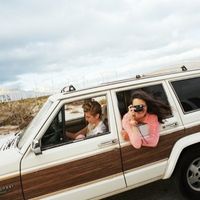 7 Quotes to Remind You That Life is a Journey ... 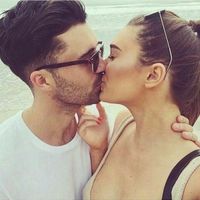 Dating Games You Should Stop Playing in Your 20s ... 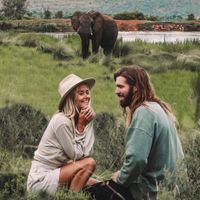 The Newlywed Game 12 Ways to Make It through the First Year ... 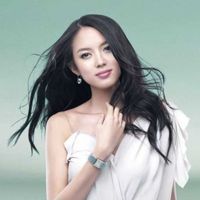 How to have attitude as a girl 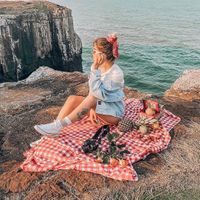 5 Step Guide to Recovering from a Break-up ...

Is it bad to eat red meat everyday ...
How to grocery shop ...
How to get rid of boy ...
Paris riche le smoky eye timeless ...
Why is my boyfriend always mean to me ...
What should i eat for breakfast if i have high cholesterol? ...
What foods are high in potassium and magnesium ...
What to say when a guy rejects you ...
What is olive skin tone ...
What to make with edible flowers ...