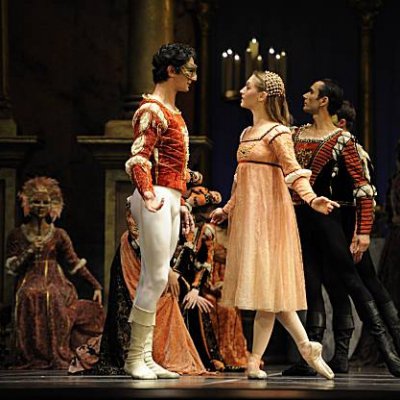 When most people think about excellent theater productions, they recall plays like Hamlet or Romeo and Juliet, which have wowed audiences throughout the world for centuries. Aside from Shakespeare's plays, however, there are many outstanding works out there that are definitely worth mentioning, some of which have only been created in the past few years and decades.

This somewhat disturbing play explores some of the darkest psychological depths of social and sexual dysfunction, following a young boy's crime and the journey to uncovering its true psychological source. While being presented as a compelling and intriguing spectacle, the play also makes several meaningful connections between the story and the well-known mythological conflict between Apollo and Dionysus.

Arcadia is often referred to as one of the best plays of the past 50 years. It has some of the deepest philosophical connotations you will ever find in a modern-day production, pitting science against poetry, creating contrast between classical and romantic themes, and exploring what it truly means to be human.

This almost 60 year old play, written by one of the visionaries of the 20th century, is set in the bleak thematic territory often associated with Samuel Beckett's work, portraying the same dynamic - yet overall meaningless - existence that Shakespeare would write about, but through innovative, simplified images and themes.

4. A View from the Bridge

A View from the Bridge is a balanced, yet highly contrasted Greek-tragedy-inspired drama that features an American longshoreman's obsession with his niece. Ivo van Hove's revival in 2014 adds a dynamic and almost disturbing dimension to the play that runs non-stop for two hours, leaving the audience just as broken and awestruck as the characters themselves.

This play has won both the Pulitzer and Tony awards in 2005, being considered one of John Patrick Shanley's most outstanding theater productions. It takes place in a Bronx Catholic school where a nun suspects a parish priest of sexual misconduct with a student.

Closure is a new play by Richard Dresser, its 2015 premiere starring first-class actors such as Wendie Malick and Gary Cole. The play is based on the true story of the disappearance of Alabama teenager Natalee Holloway, which took the USA by storm in 2005.

Max Stafford-Clark has created a solid, although quite alarming production following the Rwandan massacres of the 1990s. The story depicts the sinister discoveries of an American college professor whose initial intention was to do research on a book in Kigali.

Critics consider Angels in America to be an instant classic and one of the deepest, most interesting contemporary plays created in recent memory. The 7-hour play has won the Pulitzer Prize, presenting a frank treatment of AIDS and homosexuality.

Grease was a true phenomenon and it took the world by storm in the second half of the 20th century. Today, revivals such as the one produced by director-choreographer Kathleen Marshall prove that this is a timeless, stylish and engaging story even when presented on stage in the 21st century.

Which of these plays would you consider watching, and which ones do you think have the potential to still be famous even centuries from now?