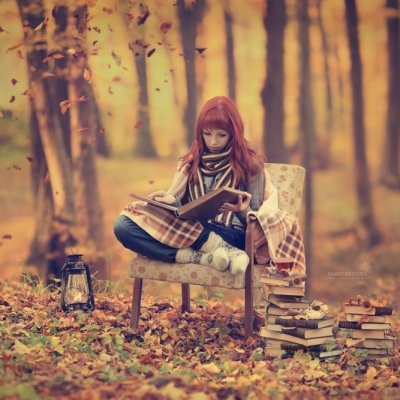 Written by Colin Beavan, the book “No Impact Man” is a profound book that offers many lessons about living in an environmentally friendly way. The book details Beavan’s experiment to live without making any impact on the environment for one year. “No Impact Man” is both humorous and insightful, and is worth reading for all of the wonderful lessons it has to offer.

You may be surprised that an important lesson the “No Impact Man” teaches is to start using a hanky to blow your nose. While hankies are old-fashioned, they are extremely environmentally friendly. You don’t waste any paper using a hankie, but using facial tissue does contribute to cutting down trees. In fact, Beavan explained that the manufacturers of Kleenex clear cut ancient forests. Clearly, a hankie is a better choice for the environment.

2. TV is Not Essential

As part of his experiment, Beavan got rid of his TV because it uses electricity. Initially this was a big step for his family and him. However, what they discovered was they became closer as a family. All the time they were spending watching TV could instead be spent together talking. Also, they obviously saved quite a bit of money by not having a cable bill to pay.

Because Beavan was trying to eliminate the impact he had on the environment, he switched to using reusable bags when he did his shopping. He even used reusable produce bags instead of the flimsy plastic bags that are at the grocery store. Using the bags are a much better alternative, especially since plastic bags accounted for 4 million tons of waste in 2006 in the United States.

When Beavan started his project, he decided to save all of his trash for one week just to see how much trash he and his family made. He discovered that a good portion of their trash came from plastic containers used for takeout food and packaged food. By cooking his meals using fresh ingredients, he was able to eliminate the plastic packaging. Also, he was able to provide his family with much healthier meals.

5. Bring Your Own Cup

Many people carry reusable water bottles, which is wonderful because this cuts down the amount of plastic bottles used. However, you are not limited to only using reusable water bottles. You can also bring your own mug with you for your coffee. You just have to ask them to fill your mug instead of a paper cup.

During Beavan’s project, he did not allow himself to buy anything new. As a result, he had to purchase things second hand when he wanted or needed something. He was able to save money doing this, and he reduced his environmental impact. Also, he had the satisfaction of knowing that he had something that was unique.

Beavan gave up all forms of transportation except walking or riding a bike during his project. This may seem extreme, and isn’t always possible if you live in a suburb. However, walking or riding your bike when you are able to will greatly reduce your carbon footprint.

Reading the “No Impact Man” is an enlightening experience, and you can learn many lessons. These are just a few of the lessons the Colin Beavan teaches in his book. There are many more lessons, which makes the book worth reading. Have you ever read “No Impact Man”?