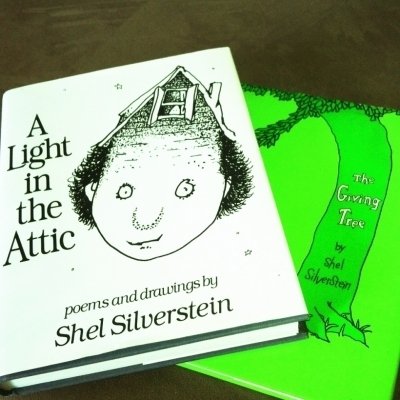 I was in a storytelling session over the weekend in a far-flung village, about four hours away from the city, and one of the stories we read was Shel Silverstein’s The Giving Tree. The session was attended by more than 100 children and teens between 10 to 16 years old, which made me a little bit nervous about crowd management and the effectiveness of our group’s storytelling style. But it worked! Shel Silverstein’s The Giving Tree can embrace all age groups, races, and professions. Even the 40 teachers who also attended the event were teary-eyed upon hearing the story. We asked them questions on lessons that they learned from the story and here are their answers:

Shel Silverstein’s The Giving Tree tells the story of a boy who kept on asking the tree for something. Every single time he asks the tree for help, the tree always grants something useful to him. However, there was no part in the story that the boy ever said “thank you” and “please” to the tree. This is a great story to teach children the importance of saying these magic expressions.

2. There is Always Something You Can Give

The tree gave the boy everything until it was reduced to a stump, but even then it found purpose in being a stump and “served” the boy. The entire length of the story shows you the character of the boy who spent his life going back to the same tree asking for this and that thing. The tree always has something to give to the boy even after its trunk was cut down.

3. No Such Thing as “Enough” for a Discontented Man

One teacher said, “You can give everything to a person but if he/she is the type who never gets contented or satisfied for what he/she has, he/she will be unhappy until he/she dies.” Well said, ma'am. There is enough for man’s needs but never enough for man’s greed.

4. Value the People around You

And not just because you get something from them. Find in your heart the sincerity to be grateful for what these people contributed in making you the person that you are now. Showing you care is not expensive. Sometimes, a small post-it note is all it takes to tell the person that they are important.

5. Make It a Habit to Reflect

Be in touch with yourself and don’t let society’s norms dictate you in deciding what you want to be, what you need, and what you want. The boy asked for money, he asked for a house, a boat, and later on, a place where he could rest. He was always on the go since he was a kid and the only time we actually saw him slow down was when he became an old man towards the end of the story, where he finally took a seat and rested.

In relation to number 5, what is the hurry? Is it really a must for you to join the rat race, which includes immediately getting a high-paying job, marriage, and a big house? Slow things down and breathe in between. Smell the roses even when you are focused on achieving your personal and professional goals.

One of my fellow storytellers cries every time I read The Giving Tree because it reminds her of a previous relationship. Funny for some, I know. But it’s true. This story is a tragic tale of a one-sided love affair. The tree loved the boy and the tree was happy. But there was no part in the story that the boy actually manifested any affection or expression of love towards the tree. Just sad.

My friends and I want to put an end to the boy’s ungratefulness towards the tree, so we made an alternate ending where the boy actually died because a hunter happened to be in the woods and shot a deer and accidentally hit the man. But that’s way too morbid, okay. More so if we end the story with: “And the tree was happy.” How about you? What do you think about The Giving Tree?