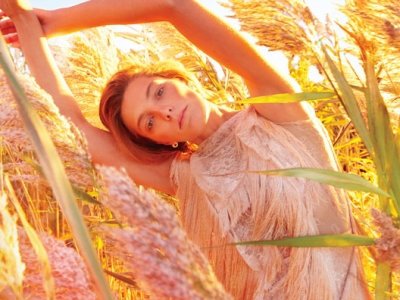 As a sucker for romance, I have found that some of the greatest quotes from literary classics come from romantic stories. Of course, as someone who grew up in Yorkshire, Wuthering Heights is at the top of my list. Still, romantic quotes from literary classics don’t begin and end with Emily Bronte. In fact, there are many floating around out there in the world of literature.

I wasn’t even going to try and resist kicking this off with Wuthering Heights. Before anybody rolls their eyes, this doesn’t have anything to do with the whole "I am Heathcliff…" thing. Even though that is incredibly romantic, and could absolutely have topped any list of quotes from literary classics. Instead, I have always welled up at the point at which Heathcliff says "I love my murderer, but yours? How can I?" At this point, Cathy is slipping away and Heathcliff is torn between loving and hating her. You can almost feel his revenge kicking in here, which does get truly catastrophic later down the line.

Depending on what your interpretation of literary classics is exactly, I am bending the rules a little by throwing in a play. Still, Goodreads seems to think plays are okay, so I am running with this. Before Blanche’s truly upsetting demise, Mitch has a bit of a gushy moment where he tells her just how he feels about her. He tells her "I like you to be exactly the way that you are, because in all my experience, I have never known anyone like you." How cute. And how sad that everything goes downhill afterwards for Blanche.

As the original Downton Abbey, Pride and Prejudice has plenty to offer in terms of social class struggles. When Elizabeth talks about her love for the gorgeous Mr. Darcy in a letter to her aunt, she does so beautifully. Writing, "I am the happiest creature in the world," she seems to be ignoring all the struggles they experienced before. When I first read this book, I was quite irritated by Elizabeth ignoring how Darcy first treated her. Eventually, I grew to love the removal of social barriers… even if this was incredibly unrealistic for 19th-century England.

Oh Sophocles. He wasn’t just good for a bit of Greek philosophy. Some of the remaining fragments of Achilles’ Love describe how rare true love is in quite a frightening way! I really enjoy reading "Love is like ice in the hands of children," because it is probably the most accurate romantic metaphor out there. It reminds us how precious love is, while taking a hopelessly tragic approach to how long we can expect to keep it!

Okay, so Harry Potter and the Deathly Hallows isn’t really a literary classic. I love it anyway. This little quote is found on a grave at Godric’s Hollow "Where your treasure is, there your heart will be also." This also comes from Matthew 6:21; it never fails to surprise me where JK Rowling lifts her inspiration from! This applies to love in all its amazing senses, not just romance!

6 A Farewell to Arms

Ernest Hemmingway is THE king of amazing romantic quotes. I have an ex who used to retweet them incessantly, although I was never quite sure who he was aiming them at. My favorite comes from A Farewell to Arms. "Maybe…you’ll fall in love with me all over again." All of us have been there, wanting to get back those initial feelings that come with falling for someone. It sometimes feels as though nothing beats that.

Okay, so I am redoing Wuthering Heights. It just never fails to amaze me how the solitary Emily Bronte managed to write down such passion. Aside from the quote we began with, I really love, "If all else perished and he remained, I should still continue to be; and if all else remained and he was annihilated, the universe would turn to a mighty stranger." Seriously, when I read these words coming from Cathy’s mouth, I want to shake her. I feel sad when she dies and everything, but my God she even breaks my heart by not marrying Heathcliff.

In the mystical world of literature, there are dozens of these quotes flying around. Some are eye-rollingly cheesy, others speak volumes of wisdom. Ultimately, we can all find one that we relate to. Reading those special quotes over and over always leaves me feeling that at least one person has understood my weird pattern of emotions at one time or another. What are your fave literary quotes about romance?