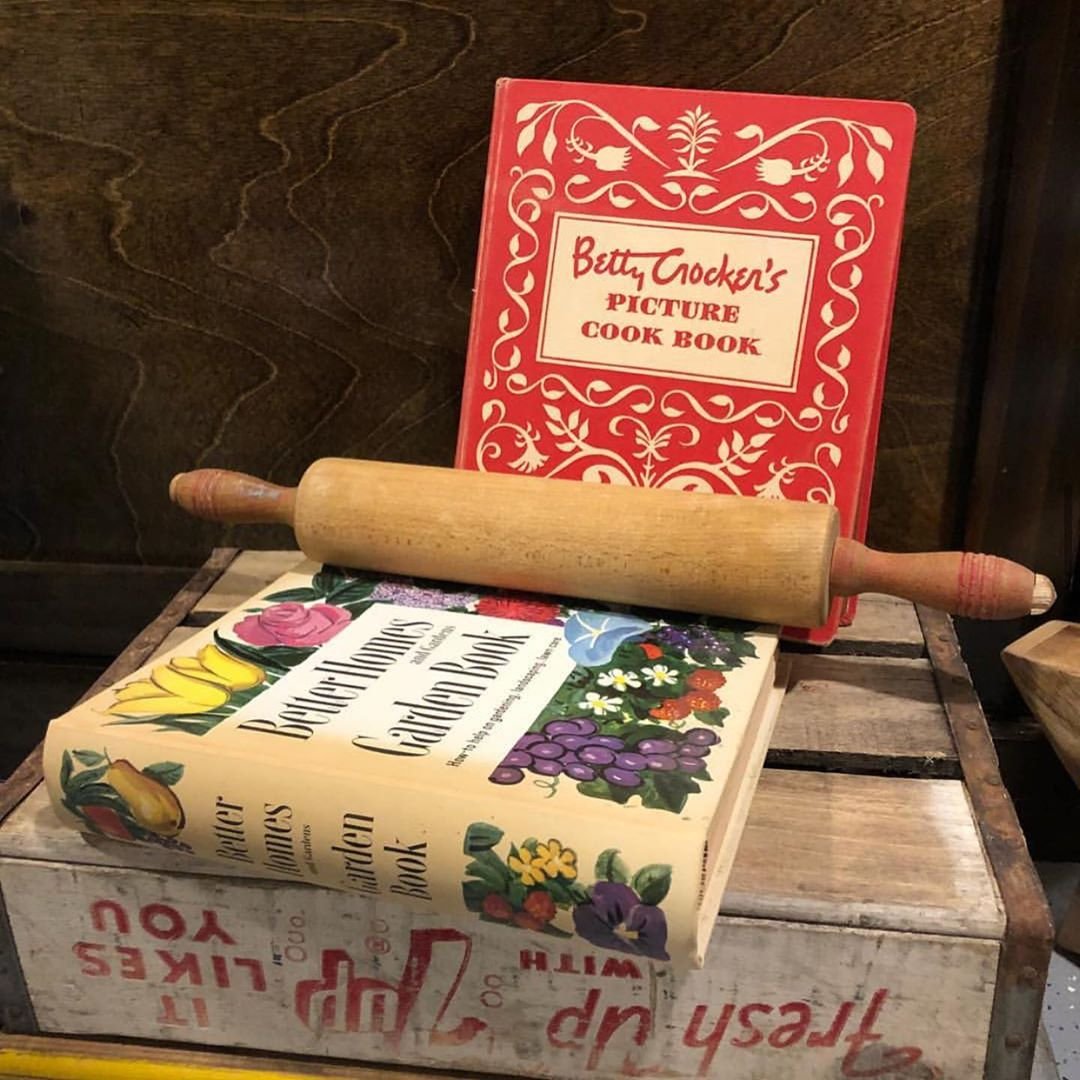 I was first introduced to the Betty Crocker Cookbook by my grandma, who was a master in the kitchen. I can’t necessarily credit her culinary skills to the cookbook, but it was a staple in her kitchen for years. The Betty Crocker Cookbook was published in 1950 and sold for a mere $3.95; today it is $29.99! It was so popular that when it first came out, women in Minneapolis waited in line for hours to buy preview copies. Part of its popularity can be explained by a reporter who called it, “The finest basic general cookbook that has ever been published…” The cookbook came out with a bang, and it has become a standard in many kitchens. With such a long history, there are many facts about Betty Crocker and her cookbook that you will find very interesting.

1. Betty Crocker Was Many Women

Growing up, I thought the Betty Crocker Cookbook was written by one woman, like Giada De Laurentiis or Ina Garten. In reality, Betty Crocker was really 48 different women who worked in the Home Service Department of General Mills. Since 1921, women would write to Betty Crocker asking for housekeeping advice and cooking tips. The sage advice that Betty Crocker offered was sought by 2,000 women every day! Eventually, Betty moved to the radio and answered questions from callers. Since Betty Crocker gave advice through the mail or radio, people didn’t need to know what she looked like at first. However, 15 years into her “existence” a portrait was finally produced to give a face to the name.

In 1936, General Mills commissioned an artist to come up with an image for Betty Crocker. The first Betty Crocker was “an ageless 31” so she could appeal to a wide audience. Over time, however, General Mills felt Betty’s image needed to be tweaked. In 1955, six famous artists, including Norman Rockwell, submitted their interpretations of what Betty Crocker should look like. Ultimately, Hilda Taylor was chosen as the winner. The new Betty Crocker had a wide smile, some gray hair, and looked older and wiser. Betty Crocker was now someone who could provide motherly advice to the young wives and mothers living in the suburbs.

3. Betty Crocker Was a Teacher

Today, if you need cooking advice you can turn to the Internet. I often look up cooking techniques online; usually I need to see how to cut obscure produce. However, in 1950, women couldn’t turn to the Internet for cooking tips, instead they turned to the Betty Crocker Cookbook. One of the trademarks of the cookbook was the step-by-step pictures that walked you through all the preparations of a recipe. These pictures were meant to be as personal as learning how to cook from your mother. Personally, I don’t think a picture could replace my mother, but for young women who couldn’t Skype their mothers for cooking advice, the cookbook and Betty Crocker’s new motherly image provided confidence.

4. Betty Crocker Was the Image for Convenience Food

Convenience foods are extremely common today. It is impossible not to walk into a grocery store and see hundreds of pre-packaged foods. However, in the 1950s, convenience foods were new developments from wartime packaging! General Mills used the Betty Crocker Cookbook to promote some of the new convenience foods. Recipes called for canned soups for casseroles, Minute rice for dinner recipes, and Jell-O for wiggly molds. Interestingly, Betty Crocker’s promotion of convenience foods went beyond the cookbook. Betty Crocker became a popular cake mix, which you can still find today in the baking aisle. As a little girl, I often pulled the cake mix from the shelves and asked my mom to make Betty Crocker cakes for me, to which she almost always said yes.

5. Betty Crocker Was the Master Baker

While you might not think of psychology when you think of baking cakes, one of the reasons cakes were so prominently featured in the cookbook was a psychological reason. In the 1950s, General Mills hired a psychological consultant who said that it “was an act of love” to make a homemade cake for your husband. Thus, cakes were psychological forms of feminine love. Of the cake recipes featured in the cookbook, the Chiffon Cake was by far the most popular because it was fast and practically impossible to mess up. This would be the recipe I would need if I were to bake a cake. Betty Crocker made it easy for women with little baking experience, like me, to produce homemade baked goods. However, the boxed mix makes it even easier!

One of the great selling points for the Betty Crocker Cookbook was that it was full of modern recipes. Today, the “modern recipes” seem very outdated, but fruit cups, punch, Jell-O molds, and Chicken a la King were the new recipes of the 50s. If you are like me, these recipes found their way into family meals hosted by your grandmother. I can tell you that I have eaten more than one Jell-O mold made from a recipe that my grandma had used from her days as a young mother. While these recipes might seem “old” to the more global palates of today, they were very popular and very modern in the 1950s.

7. The Queen of Color

The 1950s was a Technicolor world, and that extended to the Betty Crocker Cookbook. The book had vibrant pictures, such as a pink and white cake on a loud green table cloth with orange and purple flowers in the background. It was a lot of color, but in the 1950s color was associated with status, fashion, individuality, and the future. Color was everywhere. Food coloring was very popular in recipes, as were maraschino cherries for their bright red color. There was even a “color vision” cake that was dyed with red, green, or yellow gelatin. I think that would have been too much artificial color for my taste, but the food would have been very eye-catching with all that color!

I don’t know if you have ever used the Betty Crocker Cookbook, but it is so popular I would guess you have at least seen one. Betty Crocker has been in homes for years, and she has helped many people make wonderful food with her step by step pictures. Even though Betty Crocker wasn’t one woman, the history of her cookbook is fascinating. Have you ever made a Betty Crocker recipe?