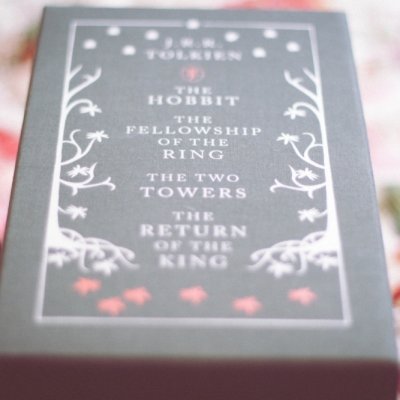 There are a lot of interesting facts about J.R.R. Tolkien that you may not know! A lot of people love John Ronald Reuel Tolkien, especially for his popular works like The Hobbit, The Lord of the Rings and The Silmarillion, and also for the underappreciated Smith of Wootton Major. He was a linguist, a family man, a writer, a poet and a university professor. Here are a few interesting and intriguing facts about J.R.R. Tolkien that you didn’t know:

1. He Wasn’t Born in England

One of the facts about J.R.R. Tolkien that a lot of people don’t know is the fact that he was born in Bloemfontein, Orange Free State (which is now a part of South Africa), but he moved to England when he was three. Even though his family has lived in England since the 1700s, they actually came from Germany and the name Tolkien in the extinct language of Old Prussian actually means “foolhardy.”

2. He Had a Flair for the Dramatic

Tolkien was a professor at Oxford University from 1925 until 1959. He was a tireless instructor (he taught between 70 and 136 lectures a year even though his contract only called for 36) but the most interesting thing is how he taught those classes. He wasn’t the typical stereotype of an Oxford don in the classroom, he went to parties dressed as a polar bear and his students even said that “He could turn a lecture room into a mead hall.”

3. He Was Quite a Romantic

Tolkien fell in love with Edith Bratt when he was only 16 years old. She was three years older than him and when his guardian found out, he forbade him from contacting her, fearing that a romance would distract Tolkien from his studies. When he turned 21, he proposed to her. Edith was actually the inspiration for Luthien, the elf who loved the human Beren (these are two characters from The Silmarillion).

4. He Invented Languages for Fun

He was a philologist and he loved to exercise his mind by inventing new languages. Many of them, like the Elvish languages Quenya and Sindarin, he used in his writings. He even wrote poems and songs in these fictional languages. Also, he worked to reconstruct and write in extinct languages like Lombardic and Medieval Welsh.

Even though the Nazis loved his work since they were obsessed with recreating the ancient Germanic civilization, Tolkien was actually disgusted by Hitler and the Nazi party. He even considered forbidding a German translation of The Hobbit after a German publisher asked him to certify that he was “Aryan.” People say that he gave a scathing reply, saying that he wished he had Jewish ancestors.

Tolkien had a total dislike for cars and he spent most of his adult life relying on bicycles and trains. At one point during his first semester at Oxford, he stole a city bus as a prank and he took his friends on a joyride.

The Hobbit was actually written for his own children and the first famous lines of this novel were written down on a blank, empty exam paper that he was marking: “In a hole in the ground lived a hobbit.” One of his favorite sayings was: “Never laugh at live dragons, Bilbo, you fool!”