The creatures from Greek mythology are, at times, larger than life. They are prominently featured in several mythological stories, including Homer’s Odyssey. These stories are fascinating, and the ancient Greeks told them to explain events in history, natural phenomena, and creation. They were also told for entertainment, and they certainly are entertaining. The creatures from Greek mythology are one of the reasons the myths are so compelling. As you will see, they are absolutely fascinating.

Pegasus is perhaps one of the most wondrous creatures from Greek mythology. The beauty of Pegasus comes from the fact that it was a winged horse that elegantly flew through the sky. Pegasus was a wild creature before being subdued by the mortal man Bellerophon. After Bellerophon tamed Pegasus, he tried to fly the creature to Mount Olympus, the home of the gods and goddesses. However, Zeus stopped Bellerophon and took Pegasus away from him. Now, according to Greek mythology, Pegasus carries lightning bolts for Zeus.

Cyclopes were giant one eyed monsters, the most famous of which was Polyphemus. In Greek mythology Polyphemus was the leader of the Cyclopes. He was made well known through Homer’s Odyssey, in which Odysseus blinded Polyphemus in one of the adventures he had as he tried to make his way home. In addition to the Odyssey, there are several other myths surrounding Cyclopes, and often these myths feature the lawless behavior of the Cyclopes. Despite the fact that these creatures were reckless, Zeus trusted them to make his lightning bolts. 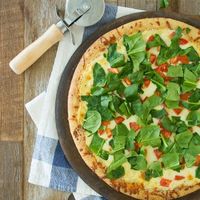 Skip the Store - 7 Healthy Foods to Grow in Your Own Garden ... 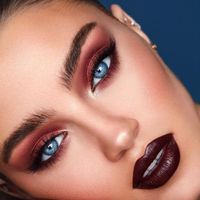 7 Beauty Products Used by Kylie Jenner That Make Her Look like a Queen ...

Typhoeus was a treacherous fire breathing dragon with one hundred heads. He came into existence when the earth goddess and mother of the Titans, Gaea, wanted to protect the Titans from the Olympians. The Olympians were almost defeated by the Titans when Typhoeus captured Zeus. However, Zeus was freed by the goddess Hera, which enabled Zeus to trap Typhoeus under Mount Etna. Because Typhoeus was said to be trapped under Mount Etna, the ancient Greeks attributed him to the occasional volcanoes that burst forth from Mount Etna.

The sirens were the beautiful killers of the ancient world. They were half bird and half woman, and they sang beautiful songs that entranced their victims. The men who listened to the Sirens’ songs would forget about everything else and eventually starve to death. The Sirens lived near the ocean beyond a reef. When sailors would pass, they would drive their ships into the reef listening to the Sirens’ songs, and the Sirens would capture the shipwrecked sailors. Odysseus, from the Homer’s Odyssey, was wise enough to plug his crew members' ears with wax and tie himself to a mast to avoid being lured into the reef and dying at the hands of the Sirens.

Like the Sirens, the Centaurs were half creature and half human; however, instead of being half bird, the Centaurs were half horse. The Centaurs were wild creatures known for their lustfulness and drunkenness. There was, however, one good and wise Centaur. Chiron was an immortal Centaur who was very wise. He was so knowledgeable that he was said to have tutored Greek heroes, including Achilles, Aesculapius, and Actaeon. Despite the fact that he was immortal, Chiron died when he traded his life for the release of Prometheus, the wisest Titan.

Medusa is known for her ugliness, but she was not always hideous. When she was young she was very beautiful and had flowing golden hair. Aside from being beautiful, Medusa was also the priestess of Athena, which meant she was devoted to a life of celibacy. For a while she was celibate, but when Poseidon wooed her and the two married, Athena punished Medusa by making her ugly. Athena turned Medusa’s beautiful hair into snakes and gave her bloodshot eyes. Athena also cursed Medusa by ensuring that whoever Medusa looked at would turn to stone.

Chimaera was a frightening creature with three heads. Each head was from a different creature, including a lion, a goat, and a snake. Even though the heads by themselves were alarming, the most frightening aspect of Chimaera was that it breathed fire. Chimaera would go around the countryside killing cattle and setting fires. Obviously, this caused a lot of damage, but Bellerophon eventually killed Chimaera and made the countryside much more peaceful.

food
Skip the Store - 7 Healthy Foods to Grow in Your Own Garden ...
lifestyle
Interesting things on the internet
skincare
Cosmetic Treats for Your Winter Skin ...
skincare
4 Tips to Keep Your Skin Baby Soft ...
skincare
7 Beauty Products Used by Kylie Jenner That Make Her Look like a Queen ...

What are all the vegetables in the world ...
What is the meaning of selfish? ...
Why don't you celebrate your birthday ...
What to do when you overhear someone talking about you ...
Is leonardo dicaprio introvert ...
How much black maca should i take ...
Why is she so mean ...
Is it bad to not want to celebrate your birthday ...
Which berry is best for weight loss ...
What to do with twist ties ...