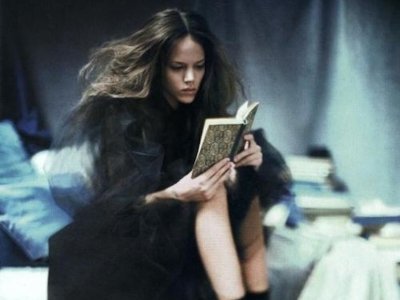 The stories from 1001 nights are all enchanting and full of magic, which makes them very entertaining. In 1001 nights, a beautiful woman, Scheherazade tells stories each night to her husband in an effort to save her life. Scheherazade was married to the Sultan who, in retaliation for his first wife’s disloyalty, would marry a new woman every night and kill her the next morning. When Scheherazade became the Sultan’s wife, she was determined to stop his practice of killing. In order to achieve this, she told him stories every night, but would always leave the last story with a cliffhanger to keep the Sultan from killing her. She did this for 1001 nights, which is where the stories from 1001 nights come from.

1. The Merchant and the Genie

The Merchant and the Genie is one of the many stories from 1001 Nights that Scheherazade told to the Sultan in an effort to save her life. In this story, a very successful merchant accidentally kills the son of an evil genie. In retaliation for his son’s death, the genie comes at the merchant with a sabre to take his life. Pleading for his life, the merchant requests to have a year to get his affairs in order before the genie kills him. The genie grants this request, and at the end of the year the merchant returns to the genie to be killed. However, an old man intervenes by persuading the genie to listen to a story. If the genie likes the story he cannot kill the merchant. At this critical point Scheherazade ends the story. To find out the merchant’s fate, the sultan had to keep Scheherazade alive another day and night.

2. The Story of the First Old Man and of the Hind

The Story of the First Old Man and of the Hind is the story the old man tells to try and save the merchant’s life, and the story Scheherazade tells in continuation of The Merchant and the Genie. In this story, the old man relates that he and his wife were childless, but he decided to adopt the son of one of his slaves. He loved his son very much, which caused his wife to become jealous. When the man was away on business, the wife learned magic and turned the son into a calf and his real mother into a cow. Upon returning, the man’s wife told him that the slave had died and his son ran away. Then, when it came time to slaughter a cow for a religious holiday, the man unknowingly killed the slave that had been turned into a cow. Thankfully, the daughter of the man’s steward recognized the calf as the man’s son. Since she knew magic, she turned the calf back into the boy. She also turned the wife into a dog so she could not do any more harm. The genie enjoyed this story, and removed one third of the merchant’s sentence. Therefore, another man came and offered to tell another story to try and save the merchant’s life.

3. The Story of the Second Old Man, and of the Two Black Dogs

The Story of the Second Old Man, and of the Two Black Dogs is the second story told to try and save the merchant’s life from the genie. In the story, the second old man explains how he came to travel with two black dogs. The second old man was also a merchant, and at one time, his brothers were merchants as well. The old man was a wise merchant, but his brothers were not. They lost all of their money traveling and looked to the old man for help. He helped them by giving them some of his money, and he even went traveling with them. On their journey, the old man met a beautiful woman, and his brothers became jealous. They tried to kill him, but his wife, who was really a fairy, saved the man. She also punished the brothers by turning them into black dogs. When the genie heard this, he was astonished enough to give a third of the merchant’s punishment to the old man, and at the end of the story, Scheherazade revealed that the genie decided to let the merchant go free! Naturally, she enticed the king by telling him she had many more interesting stories to tell.

4. The Story of the Fisherman

The Story of the Fisherman is a tale of a clever fisherman who outwits a vindictive genie. The fisherman in this story is very poor, and he goes out fishing early one morning. He has terrible luck the first three times he casts his net, but on the fourth time he pulls his net in and discovers a yellow pot that has a lid with a lead seal. Thinking he will sell this pot to help buy grain for his family, the fisherman inspects it. Upon opening the lid, a huge genie, who has been trapped in the pot of hundreds of years, appears. Because he had been in the pot for hundreds of years, the genie revengefully swears to kill the fisherman. The fisherman quickly thought up a plan to trick the genie back into the pot. When the trick worked the genie yelled from the pot to be let out, but the fisherman refused to open the lid. Instead, he told him a story of a Greek King, which Scheherazade saved for another night.

5. The Story of the Young King of the Black Isles

The King of the Black Isles was a young man who succeeded the throne after his father passed away. Shortly after he became king, he married his cousin. He thought they loved each other, but he soon found out that she did not love him. Rather, she was an evil enchantress planning to kill him. When the king discovered this he mortally wounded her favorite slave. Acting in grief, the enchantress placed a spell on the slave which kept him on the brink of death. This evil woman also turned the king into half man and half marble so he could only speak, and she buried his kingdom under a lake. No one knew of the buried city until a sultan came across the king in the desert one day. After the king told the unfortunate tale to the sultan, the two devised a clever plot to reverse the spell. The plot worked, and the king’s kingdom was restored to its former glory.

6. The Story of the Husband and the Parrot

Scheherazade’s story about the Husband and the Parrot was a short little story that entertained the Sultan. In the story, a husband brings home a parrot who repeated everything it heard. Each time the husband went away the parrot would repeat what the wife had said back to the husband. Eventually, the husband learned that the wife was not very kind in his absence. He confronted his wife about it, and in anger she devised a plan. The next time her husband was gone, the wife had her slaves flash lights in the parrot’s eyes and make crashing noises. The next day the parrot told the man that there was a thunder storm. Thinking the parrot was lying, the husband killed the parrot, only to learn later that the parrot had been tricked.

7. The Story of the Blind Baba-Abdalla

The Story of the Blind Baba-Abdalla is a lesson about the dangers of being greedy. Baba-Abdalla had been an orphan from a young age, but he became rich by owning camels and renting them to merchants. One day he came across a dervish (an ascetic devoted to poverty and good deeds) who told Baba-Abdalla that he know of hidden treasure that would make them both rich. The dervish took Baba-Abdalla to the treasure in exchange for 40 camels that he loaded with the riches. Baba-Abdalla also loaded 40 camels with riches. On the way home, Baba-Abdalla became stricken with greed. He asked the dervish for some of the camels back, thinking that a man devoted to poverty had no need for the riches. The dervish agreed, but the man was still greedy. He next asked for a special ointment that he knew the dervish had. The dervish told him that if he placed the ointment on his right eye, he would become blind. Baba-Abdalla did not believe the dervish, but when he placed the ointment on his right eye he did indeed become blind. His greed left him blind and poor, because he could no longer run his camel business.