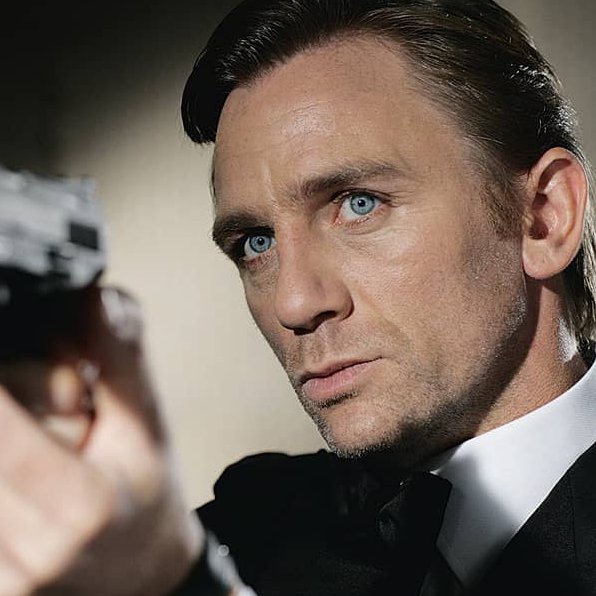 Looking to improve your writing? Guest contributor Nicolas has an interesting take on how watching macho action movies can help do just that.

Writers are supposed to expose our deepest, darkest feelings. They unearth the secrets we bury and lay them bare for us to ponder. They make us better people.

That’s what we tell ourselves, anyway. What writers really do is take us into worlds that may seem different from our own and populate them with characters we relate to in a visceral, primal way. Not every movie is a «Casablanca,» nor should every book be. Sometimes, we just want to sink our teeth into a good «Terminator»-style action fest. And as a writer, these action movies could be doing your writing a real service.

Here’s what you pick up from them:

1. Big Personalities Are Your Greatest Assets

There are bad action movies, there are better action movies, and occasionally, there are really great action movies. Where a particular film falls on this spectrum has a lot to do with how developed the heroes and villains are. There’s a reason we root for Rambo, Rocky, and John McClane. Heroes like these have human qualities. Sure, they know how to kick ass. But they’ve also experienced tragedy, suffering, love, and amusement. They seem like real heroes, rather than karate-chopping machines.

On the other hand, villains should be complex as well. They should become villains for a reason, and it should be tragic and possibly understandable. If you do opt to make them pure evil, with no wiggle room for empathy from the audience, make them the most over-the-deep-end evil you possibly can. Think «eating kittens evil.»

For your story to hold the audience’s attention, things must happen. An exciting scene can grab your readers by the eyeballs and keep them hanging on, page after page. Build suspense, add in surprises, keep the pace racing along as one event inevitably leads to another that’s even more stirring, and write a climactic conclusion.

One movie that handles this perfectly is John Carpenter’s «The Thing,» which may be the most suspenseful, engaging movie ever filmed. There are lots of explosions, flamethrowers, and gross alien attacks, but the majority of the action is built in the quiet moments when not much seems to be happening. But the audience is in on the secret; they know something is happening behind the scenes that the characters don’t see or understand, and that’s what makes it so captivating. The small surprises and moments of action move the story forward at a gradually increasing pace, and then — bam! —Flamethrower City.

3. Everyone Wants to Laugh Now and then

I’m not saying you should fill your story with cheesy one-liners, but a witty quip every once in a while is great for breaking tension or adding depth to a character. When it comes to combining action with humor, there may be no better movie than «Die Hard.» John McClane has a pitch-perfect sense of humor that makes the audience both love his jokes and grimace when they’re ill-timed.

When writing a story, a wild imagination is a great asset. However, it’s important to maintain a sense of realism — even in a science fiction or fantasy setting.

An audience can go right along with a story about an alien coming to Earth to hunt people for sport. It can deal with robots sent from the future to kill someone who hasn’t been born yet. But the audience begins to discredit even the wildest of stories the moment a character shoots 500 bullets from a revolver without reloading once.

5. Think outside the Box

Most action movies are made using a pretty predictable formula: the bad guy does something to cause the good guy to stop him. Insert explosions as needed.

The action movies that stand out are the ones that put a twist on the genre. Take «Children of Men,» for example. It’s a dystopian film in which humans have become sterile for unknown reasons, and the hero races around trying to save the first baby born in 18 years. There’s plenty of shooting and lots of things are blown up, but the hero never once shoots a gun, and he wears flip-flops for almost the entire film. He’s not your typical action hero, and it’s not your typical action movie. That’s what makes it great.

6. Give the Hero a Sidekick

The sidekick doesn’t need to be as obvious as the Lone Ranger’s Tonto, but the hero should have someone who offers encouragement, lends moments of humor, and gives the hero justification to say something aloud so the audience has a credible reason to glimpse his inner monologue.

Let’s go back to «Die Hard.» John McClane’s only contact outside the terrorist-filled building is a Twinkie-munching cop. Their discussions over the radio give us several chances to laugh, learn something about the hero, and find out what he’s thinking.

7. Learn when to Take Shortcuts

All too often, a story is bogged down by the creator’s attempt to explain every detail surrounding a complex aspect of the plot. When it comes right down to it, we don’t need to know the exact science behind how our hero was able to make his own rocket fuel. The important thing is that he did it, the rocket took off, and his plan worked.

The vast majority of action movies might seem like they were made to entertain Neanderthals, but there’s a reason both men and women enjoy them. When an action movie is good, it transports viewers into another reality where characters are larger than life, excitement is around every turn, and tension is broken with humor. And that’s how a story should be, whether it’s a romance, mystery, or epic. An effective story hits us on a primal level, and there may be nothing more primal than a shoot-’em-up.