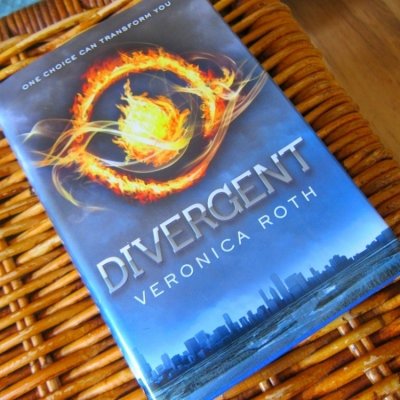 If you're a book worm, I'm sure you're always looking for a great book series to read quickly before school starts back up again and "mandatory reading lists" take the place of fun reading! Take the time over winter break to enjoy these amazing book series. You can speed read them in a jiffy, just to get your bibliophile fix for the season!

barnesandnoble.com
Vampire Academy is an exciting teen book series to read over winter break! You won’t be able to put it down, because the story flies from page to page! The series is pretty lengthy, six novels, but they are easy enough to speed read. In Richelle Mead’s Vampire Academy, you’ll be thrown into the dark and mysterious world of vampires, specifically their high school in Montana. Join Rose and Lissa in their battle against dark forces, their struggle with high school drama, and their interesting love lives!

Do you ever think about the extremely rich—I mean insanely rich with private jets and mansions on every continent— and wonder how they became that way? What is their secret? Well, Melissa de la Cruz’s series Blue Bloods explores that secret with a supernatural twist. In this series, all of New York’s most elite families are secretly blue bloods, aka vampires! This is a story of love, loss, and coming of age in a world you hardly understand.

Fans of the Hunger Games are sure to love the Delirium series just as much, if not more! This trilogy by Lauren Oliver is such a page turner, you might not set it down all of break! The Delirium series details the life of Lena, a teenage girl about to undergo a surgery that will cure her of love. That’s right—in this dystopian tale, love is viewed as a disease, but it’s nothing a little shot can’t fix. But of course, not everyone is so willing to receive The Cure; read to find out what happens to the dissenters!

In 2014, the first movie finally came out! Before the next movies are released, why not read the whole series? The four books of James Dashner’s series are easy, quick reads! Maze Runner immerses you in the world of the Glade, the place in which Thomas wakes up in the first book, not knowing how he got there. From that moment on, the series is fast-paced and a great mental adventure for your winter break!

If you haven’t already jumped on the bandwagon, it’s time you get caught up! The last movie, Mockingjay Part 2, will be released next year, so you better spend this winter break reading all of the books! Suzanne Collin’s trilogy takes you on a journey with Katniss Everdeen from her impoverished district, through many obstacles, all the way to a revolution.

It’s been a long time since I ventured into the world of Scott Westerfeld’s Uglies series, but I still remember it as if I had actually lived in the post-apocalyptic world he created! In the four-book Uglies series, natural beauty is not an option. Everyone is surgically altered at certain ages so that the world is pure and beautiful. But do the surgeries really only affect appearence? Journey with Tally Youngblood as she learns more about her corrupt, ugly society.

The second movie, Insurgent, is coming out soon! So it’s time to get to reading. Veronica Roth’s beautiful writing will have you addicted to her trilogy after the first page! Not to mention the intriguing plot about a world where community comes first and family comes second. In this series, one choice determines your whole life, for better or for worse.

Winter break would not be winter break without cuddling up with a good book in front of the fire place! Which of these books piqued your interest? What other books do you recommend reading over break?