7 Quest Objects That Are Subject of Fantastic Tales ...

We have been fascinated by quest objects since, like forever. A quest object is a thing, a place or a person – usually of great repute, myth or legend that entices people to seek it. It may purport to hold a secret, hide a treasure, impart a power or just be of significance, such as having a deeply spiritual meaning. Stories about quest objects abound – in history, in books and the movies.

One of the most captivating quest objects has been the subject of real life quests, and inspiration for fantastic fiction in books and in the movies. It is not a fabulous treasure of precious metals or jewels. It doesn’t promise wealth or power, or the secret to eternal life. The Holy Grail is the cup that Jesus Christ is said to have drunk from at the Last Supper. Initially, the grail was a subject in the Arthurian Legend but it became intertwined with the Christian symbol.

Who is not familiar with the quest for The Ring? J.R.R. Tolkien wrote the epic quest for the “One Ring to Control Them All” in the mid-20th century and every generation brings a new audience to his epic high fantasy tale. Follow the hobbits as they undertake a perilous journey through Middle Earth to return the ring to the Mountains of Doom, the place where the ring was forged and the only place it can be destroyed. While hobbits, elves, dwarves and men attempt to protect the ring until the journey’s end, dark forces seek to claim it and use its power. 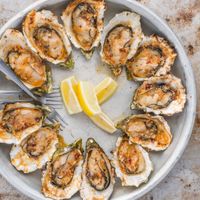 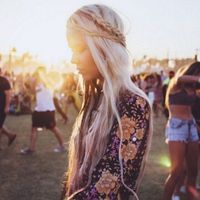 How to Stay Safe at Festivals While Still Having Fun ...

L. Frank Baum captures our hearts with the story of a young girl looking for her way home who teams up with a cowardly lion looking for courage, a tin man in need of a heart and scarecrow desperately wishing for a brain. The subject of their quest – the Emerald City, home of the Wizard of Oz who the four seekers believe has the power to grant their requests. In a wonderful parable for life, the story teaches us that sometimes the things we are looking for, we already have.

There are so many fabulous stories in Greek mythology but the most famous of the quest objects is the Golden Fleece. The fleece is the coast of a golden haired winged ram and is a symbol of kingship and authority. Challenged by King Pelias, Jason sets out on his quest to obtain the fleece from Colchis with his group of Argonauts, and once it is his, he can claim the throne of Thessaly. It is of course an epic and perilous journey as Jason and his men meet many challenges and threats on the way.

While we can all bask in the wonderment of J.K. Rowling’s amazing imagination and creativity, the Harry Potter author was not the first to be ensnared by the idea of the Philosopher’s Stone. For centuries, alchemists searched for the legendary substance that would turn base metals into gold. Some believed it was also an elixir of life, providing immortality to its discoverer. The legend is based on two of man’s greatest longings – to live forever and to have untold riches.

Solomon was a king of Israel who ruled between circa 970 to 931 BCE. He’s a major figure in the Old Testament and he features in the Talmud as one of the 48 Prophets, and as one of the major prophets in the Qur’an. Solomon is described as being powerful, wise and extremely wealthy. It is his wealth that has lead to the quest to find King Solomon’s mines, a story committed to literary fiction by H. Rider Haggard. For 4000 years, contemporaries, historians and archaeologists have wondered at the source of his amazing accumulation of gold. (It is widely accepted now that the mines were in Ophyr.)

In another story of a quest for great treasure, El Dorado takes us to South America and the time of the Spanish conquests. These days, the name refers to a legendary city made from gold, however the original story begins with El Rey Dorado – the golden king - a tribal chief of the Muisca, a native people of Colombia. El Rey covered himself in gold dust and dove into Lake Guatavita. From here the story developed into the fabled city of gold, called simply El Dorado. The truth of the legend was pursued by conquistadors Gonzalo Pizarro and Francisco Orellana in 1541 but although their expedition navigated the entire length of the Amazon River, they never found El Dorado.

Other quest objects include Shangri-la - the place of eternal happiness, the Fountain of Youth, Blackbeard’s Treasure, Gilgamesh’s quest for eternal life and the search for Atlantis, the lost city. While we remain curious, and while we continue to be entertained by movies, books and television, quest objects will capture our imagination. What would be your ultimate quest?

What candies go on a gingerbread house ...
Is mahi mahi a good fish to eat ...
How to make infused cupcakes ...
Healthy skin is just one of the benefits of eating foods that are rich in ...
How much sugar should a diabetic have a day ...
What is average glucose level in blood ...
How much caffeine is in moutain dew ...
How long can yogurt last in the fridge ...
How to ignore problems ...
How to ask a guy to take you out ...