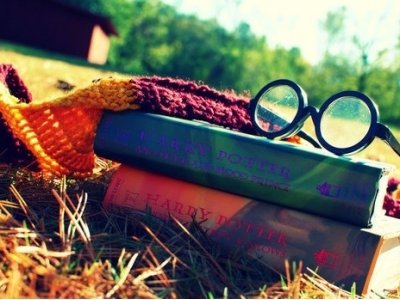 Looking at the books that have been banned in schools, it seems strange that some of the most cherished novels have made the list. Parents will always do everything in their power to protect their kids, but some of these reasons for banning just are ridiculous. I personally think it is better to expose children to some risqué topics in the safe setting of a classroom, before they are exposed to them in real life. Kids these days will have to deal with heavy topics, and reading about them first can prepare them. Not every school has banned these classics, but it seems a shame that some of the most renowned novels are among the many books that have been banned in schools.

I find it personally offensive that the Harry Potter novels that I grew up with and love are among the many books that have been banned in schools. Some parents demanded it be banned due to its witchcraft and hocus pocus related topics. While that may deter some parents, I think Harry Potter has encouraged many young children to develop a passion for reading and J K Rowling sparked the imagination of an entire generation.

With one mention of sex in the entire novel, I find it strange that sexual content was one of the reasons “The Great Gatsby” was banned. Many of the advocates of banning this book object to the many reference of partying, alcohol, and gambling, but I personally believe those topics are mentioned to paint a more vivid picture of the Roaring Twenties.

3. To Kill a Mockingbird

While I do not agree with exposing children to racial slurs, I think if it is within the pages of a literary classic, it is somewhat more acceptable. Children have read “To Kill A Mockingbird” across the nation for years, and for it to be banned in schools due to its profanity is a joke. I am sure children can hear more profanity in nightly television that in this incredible novel.

4. The Catcher in the Rye

“The Catcher in The Rye” does deal with some heavy issues of a young adult boy. Topics such as depression, aggression, and prostitution are all touched on within this novel. I read this book in high school, at an age where these topics were discussed openly and in a safe classroom environment. I think being introduced to these topics in a classroom setting definitely prepared me to deal with depression and aggression in a real life setting.

5. Where the Wild Things Are

Some critics of “Where the Wild Things Are” believed that a book centered on Max’s temper tantrum would encourage other kids to become more aggressive and angry towards their parents. This was banned in some schools almost immediately after it was released and many parents thought it would be traumatizing for a young child. I personally loved this story and its imaginative cast of monsters.

6. Gone with the Wind

Like most novels that paint a picture of our nation’s history, “Gone With The Wind” has been banned for its racial slurs and portrayal of race issues. While I do not agree with the way that other races were depicted in this book, I think it helps us to understand the way of life in 19th century south. The way people thought and acted in that time is vastly different to what is acceptable today. It may not be pleasant to read these slurs, but they give us a glimpse into the inappropriate actions of our past and help us to not repeat them.

7. The Lord of the Flies

When I read “The Lord of the Flies” in school, I will admit I was taken aback by the violence in it. It is disturbing to think that young schoolboys were capable of such aggressive acts. But that is the purpose of the novel. William Golding wanted his audience to think about what each and every person is capable of when put in a certain environment. A book should not be banned for violence when that violence can change the way we think about others and ourselves.

This is one of my all time favorite novels and I can shamelessly admit that I cried at the end of it. Schools have banned this classic because it uses profanity and takes the Lord’s name in vain. Taking into account how influential this novel was in describing the living conditions of the Great Depression, a few curse words seem meager in comparison.

9. The Lord of the Rings

I laughed when I heard that some groups wanted this book banned because they featured characters that smoked. Anti-smoking groups thought it would encourage children to take up smoking themselves. While I appreciate their concern, “The Lord of the Rings” is one of the most imaginative and creative books out there. I also find it funny that many found the books to be “irreligious” when J. R. R Tolkien was incredibly religious and has even called his work to be a “fundamentally religious and Christian work” Regardless of how J.R.R Tolkien (and those wanting to ban his work) felt, this book has continued to be loved by so many and still is popular today.

With communism being such a touchy subject in our nation, I can see why Animal Farm was banned in so many schools in the 80s. It, in essence, is about the rise of Stalin and socialism in the USSR. I found this book to be incredibly powerful and it has been called one of the most important books of our time. For it to be banned because it does not include capitalist topics seems silly to me.

This novel has been one of the most banned novels around the world for being anti-religion, anti-family, and having negative themes. It is a very intense novel that deals with some very intense topics so I understand some parents concern. But rather than outright ban this novel, why not limit it to just high school classrooms. It is very though provoking and the lessons it can teach us are very valuable to an intellectual mind.

I know not everyone agrees that these books should be read in schools, but I personally believe that reading these classics can instill a passion for literature in children and encourage them to think about the world in new ways. Reading is a chance to live a new life for just a short while. It can take you to new places and teach you lessons you may not learn in real life. What did you think of these books that have been banned in schools? Do you know of any other books that have been banned? Do you agree that these books should not be read in schools? Have you read any of these books?