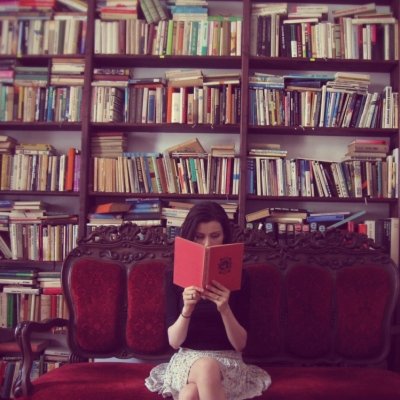 The Great War poets are a special group of men and women in the world of English literature. Although generally describing any poet serving in the military, it has become synonymous with the British poets of the First World War. These poets wrote about their experiences of war and the battlefields, bringing to life the events for the people back home in a way newspaper reports and letters from loved ones didn’t. Some of them died in the conflict, others were left mentally scarred. Their legacy lives on and 2014, the year of the 100th Anniversary of World War I, is a good time to get acquainted with and celebrate the work of the Great War poets.

One of the most famous Great War poets, Rupert Brooke was born in 1887 and joined the navy in 1914, witnessing the Siege of Antwerp which inspired the writing of his acclaimed five sonnets. As so many did, Brooke suffered a mental breakdown from his experiences, and his poetry is a jarring mixture of patriotism and doubt. Ironically, Rupert died of a simple mosquito bite in his way to Gallipoli in 1915.

Siegfried Sassoon was born in Kent in 1886 and is regarded as the first war poet to volunteer to fight. His enthusiasm soon turned to despair, though, as the machinations and realities of the war left him disillusioned and angry. Sassoon’s most famous works are those that aim sharp criticism towards the pointlessness of war, and to those men who make the dangerous decisions whilst never fighting a single day themselves. Sassoon survived the war, becoming an editor and novelist and dying in 1967.

A truly Great War poet, Wilfred Owen volunteered for action in 1915. Much like Sassoon, Owen was initially buoyed at the prospect of fighting for his country, but his best-known works including Anthem For Doomed Youth and Dulce Et Decorum Est paint a horrifyingly bleak picture of his thoughts. In a tragic turn of events, Owen was killed in battle just one week before the end of the war. His mother received his death telegram on the day that the church bells rang out in celebration.

Though arguably better known for other works like The Jungle Book, Rudyard Kipling was also heavily involved in the poetry of the First World War. Originally a staunch proponent of the war, writing patriotic propaganda pamphlets and poems, Kipling’s opinion drastically changed when his son was killed in action in the Battle of The Loos in September 1915. His line ‘If any question why we died/ Tell them, because our fathers lied’, is a chilling summary of Kipling’s own guilt at sending an entire generation to die.

One of the few prominent female voices in British war poetry, Vera Brittain was born in 1893 and worked as a VAD nurse in England, France and Malta at different times during the conflict. The war heavily affected Brittain personally, losing her fiancé, her brother and a close friend in action. Her 1933 memoir Testament Of Youth is a heartbreaking account of the impact of the war on her generation. Vera died in 1970. She was also the mother of Shirley Williams a highly respected, very long standing MP who now sits in the House of Lords.

Recognised as being one of the most popular Great War poets at the time, John Oxenham (real name William Arthur Dunkerley) was born in 1852 and never actually fought in the conflict. During the years of the First World War, though, Oxenham’s Christian heavy and faith-influenced poetry sold over a million volumes, and his hymn entitled For The Men At The Front is reported to have sold upwards of eight million copies.

Born in 1891 and educated at Oxford, Arthur Graeme West, like so many other soldiers of the time, enlisted with great enthusiasm but learned to despise the war through first hand experience of its horrors. West’s war diary is a moving and tough read, detailing his loss of faith in God and his desire to protest or desert but never gaining the courage to do so. West was killed by a sniper’s bullet on April 3rd 1917, and his diary, The Diary Of A Dead Officer, was published two years later and contained much of his poetry.

The Great War poets bring the battlefields to life in a different way to watching a movie and I highly recommend you read their works. They are horrifying yet beautiful at the same time. Have you read any of the Great War poets?