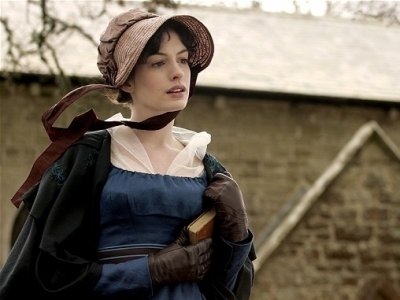 Jane Austen’s novels are beloved classics that speak directly to human nature, which is why quotes from Jane Austen are so insightful. Jane was born in 1775, and she spent much of her childhood being encouraged to read, learn, and think creatively. Although she is now famous for her wonderful novels, it wasn't until near the end of her life that she began publishing her works. In 1811 Jane began publishing novels under a pseudonym, which she continued until she passed away in 1817. Due to her talent as a writer, the quotes from Jane Austen are very expressive and insightful, which is perhaps one of the reasons her works have been enduring and popular.

One of the quotes from Jane Austen that speaks volumes is, “Friendship is certainly the finest balm for the pangs of disappointed love.” This quote is a perfect example of the timelessness of Austen’s works. Just like in the early eighteenth century, today friends are there for you when you have had your heart broken. They help pull you through the bad times so you can start smiling again, which is why everyone needs good friends.

There are times when it seems like nothing will go right, and you are permanently stuck in a cycle of bad luck. However, Jane Austen was right when she asserted, “If things are going untowardly one month, they are sure to mend the next.” One of the marvelous facts about life is that things change. If you are having a bad time, keep in mind it will eventually improve.

While you can count on things changing in your life, there are some things that seem to hold true across generations. Unfortunately, one of these truths is that wealth is unequally divided. Austen declared, “One half of the world cannot understand the pleasures of the other.” This is just as true today as it was in the eighteenth century, and I doubt that it will change much in the future.

Style is something that people have been concerned with for many years. Each person has their own unique style, and that is exactly how it should be. Jane Austen agreed with this when she stated, “One man’s style must not be the rule of another’s.” Each person’s unique style is what makes them special!

When was the last time you had a decadent piece of chocolate cake? I am sure that when you ate it, you were enjoying every bite and not thinking about its decadence. If this is true, it goes right along with Austen’s affirmation that, “Nobody minds having what is too good for them.” I know I never mind having a satisfying treat.

Jane Austen declared, “Dress is at all times a frivolous distinction, and excessive solicitude about it often destroys its own aim.” I love fashion; however, I am careful not to be too fussy about it because that is when your clothes begin to wear you. You want your fashion to look effortless, which can only be achieved by not putting too much attention into your outfit.

Jane Austen was an astute observer of human nature, which is evident by her quotes. Interestingly, they are just as relevant today as they were 200 years ago. It seems human nature doesn’t change much! Which quote from Austen is your favorite?