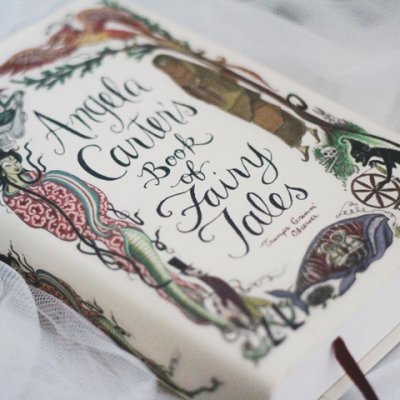 Fairytales are generally kept for children - used as a scaring tactics to keep them away from strangers and as incentives to hurry to bed for a bedtime story. But, take away the fluffy Disney version and fairytales are most definitely not for kids. The original stories are so much darker than the PG-versions we have today. Maybe it's reflective of the fact that life was so much harder and more brutal when they were written than it is now. Whatever the reason, the original versions of these well-loved classics will keep you up at night - no matter how old you are.

The earliest version of this fairytale was originally called 'Sun, Moon and Talia' - and it's nowhere near as nice as the one we know today. Talia, or Sleeping Beauty, gets a splinter of flax stuck under her fingernail and falls into a death-like sleep. Her father, beside himself with grief, orders everyone to abandon the palace and surrounding land so that he can move on. One day, another king finds Talia asleep in her castle and, 'growing hot with lustc', rapes her whilst she sleeps. Long story short; she gets pregnant, gives birth and the curse is lifted when one of her twin babies sucks the splinter from her finger. The king returns (presumably for more sex without consent) and finds her awake, whereupon they fall in love. The king's wife finds out and hatches a plan to kill and eat the children, but the cook saves them and the evil queen's plan is discovered - so they burn her alive instead.

If only the original fairytale included friendly talking fish and a happy ending! In Anderson's tale, a beautiful mermaid falls in love with a human prince and gives up her voice to the sea witch in exchange for a pair of legs - even though she knows each step she takes will feel like stepping on razorblades and that, if the prince rejects her, she'll be turned into sea foam. Despite the prince finding her washed up on the shore, he does end up marrying someone else. The sea witch gives the mermaid a chance to live, but only if she kills the prince. She eventually refuses and becomes a 'daughter of the air' instead. Whatever that means.

In the original, the wolf eats poor Grandmother - and then feeds her to Little Red Riding Hood. After she's finished the macabre meal, the wolf ask her to take off all her clothes and get into bed with him (yep, he's a sexual predator in this version). Eventually, she escapes by telling the wolf that she needs the toilet. There's no huntsman saving the day here.

The earliest versions of Cinderella are much the same - apart from two characters, who meet a rather horrible end. In the tale told by the Brothers Grimm, the two ugly stepsisters cut off their own toes and parts of their feet so that they can force the glass slipper on. The prince finds out from two pigeons, who also peck out the sisters' eyes. They spend the rest of their lives as blind, lame beggars - Cinderella lives happily ever after, though.

5. The Old Woman Who Was Skinned Alive

Although not as well-known, this one is particularly horrible. Written by Giambattista Basile around 1634, a king meets two hideous, deformed old hags and becomes convinced that they are actually beautiful young women (they're hidden behind a wall). After he persuades one of the sisters to come to him in the night, she ties all her loose, sagging skin behind her back and they sleep together. The king finds out, naturally, and throws her out of the window. Her skin catches on some branches and passing fairies find the sight so funny, they make her into the beautiful young maiden she pretended to be. The king marries her and they live happily ever after. And the other sister? The now-beautiful old woman tells her to skin herself alive to achieve the same look, and she dies from the blood loss. Worst fairytale ever?

A prince buys a stick of myrtle birthed by a peasant woman, and finds a beautiful fairy living inside. They become lovers and the prince no longer has a need for his seven prostitutes. They break into his room one day, find the fairy and, in a jealous rage, kill her and chop her up into little pieces that they each keep. A servant finds her and buries what remains under a myrtle tree - the fairy grows a new body, returns and exposes the prostitutes' crime. They are all buried alive in the public sewer.

A young soldier falls in love with a beautiful princess and marries her - but only on her condition that, if she dies, he has to be buried alive with her. Shortly afterwards, she does die and he's buried alongside her. However, two snakes drop him some magic leaves and he is able to bring her back to life. But that's not the happily ever after - she leaves him for a sea captain and dumps him in the middle of the ocean. Those leaves save him again, and the two evil lovers are executed. So, all's well that ends well...?

As you can see, not every fairytale has a happy ending. Not many do, in fact. Personally, I quite like some of the original stories - fairytales for me are about dark and light, and in reality, light doesn't always win out. Which do you prefer? The happy endings, or the original endings?