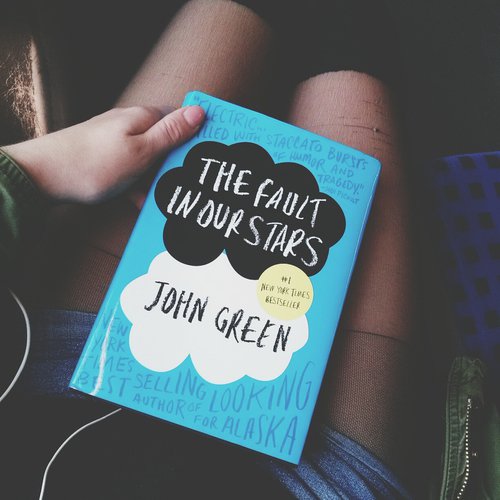 I am a voracious reader, as I'm sure many of you know if you're familiar with all my little bookish babblings. I read all the time. I read my favorite books over and over even though I know how they end. I get lost, I go on adventures, I make new friends, and I become someone else. The characters in the books I read – from Harry Potter to The Poisonwood Bible to The Great Gatsby – become my family, my true loves, my enemies, and my dearest friends. When they die, I mourn. There have been scores of utterly heartbreaking literary deaths throughout the years, but these are the demises from popular books that really broke my heart.

1. Fred Weasley in Harry Potter and the Deathly Hallows

Characters from the Potterverse are going to appear on this list more than once because I'm currently rereading the series and I just can't help it. The series itself is chock full of heartbreaking deaths, but Fred? Fred hit me hard. RIP, Fred.

2. Sirius Black in Harry Potter and the Order of the Phoenix

Fred hit me almost as hard as Sirius – almost. Not only was Sirius an awesome, richly developed character, but it was so sad that Harry's chance at having a family – a dad! – ended before it even started.

Poor, dear Beth! So spirited, so sweet, but so sickly. She was just too good for this world. Shame it couldn't have been Amy.

4. Rue in the Hunger Games Series

Rue's death was almost bearable because she was a Tribute. We knew it was likely that she would die. With Prim, though, everyone expected a happily ever after … and it didn't quite happen.

6. Tris Prior from the Divergent Series

Heather sobs every time. I always know when she's been rereading this series.

7. Augustus Waters from the Fault in Our Stars

So, Heather's big into both the book and the movie, right? I avoided reading the book forever because I just knew someone was going to suffer a horrible death, just like in the Deep Adult Death Books I used to order at every grade school book fair. I was right. However, I could never have imagined how very heartbreaking it would feel to lose Gus.

8. Jay Gatsby from the Great Gatsby

Poor, poor Jay Gatsby, staring forever into a past that he simply could not bring back.

NOOOOOOO. I don't want to talk about this. I cannot talk about dogs dying.

10. Tom Robinson in to Kill a Mockingbird

This one was heartbreaking on any number of levels, especially if you reread To Kill a Mockingbird as an adult.

This still crushes me. I can't read Charlotte's Web anymore. I know someday I'm going to have to read it to our children and my sobbing will probably traumatize them.

12. Lennie Small in of Mice and Men

Lennie's death hits hard because it's just … it's so mean, so ugly, and so unnecessary. And I don't know, something about the story itself just rings so true today, still. That hurts even worse, really.

13. Nell from the Old Curiosity Shop

Wuthering Heights will wreak havoc all over your emotions from the first page to the last line. Edgar, though … man.

15. Ned Stark in Game of Thrones

Do I even need to explain why? Good guys aren't supposed to die, damn it.

16. Dumbledore in Harry Potter and the Half-Blood Prince

Do you know what's really heartbreaking about Dumbledore's death? EVERYTHING.

17. Severus Snape in Harry Potter and the Deathly Hallows

And do you know what really kills me with regard to Snape's death? EVERYTHING. Including the death of Alan Rickman. Still hurts.

And Matthew? I'm still not over the death of Matthew Cuthbert. I'm even more saddened by the fact that the actor who played Gilbert Blythe, my one true love when I was nine, is no longer with us.

This is just the tip of the iceberg. These are just the literary deaths that deeply affected me. What book-based deaths still tear you to pieces?