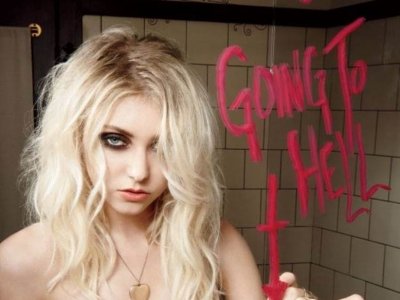 Dante Alighieri’s Inferno relates Dante’s fictional journey through the nine circles of Hell, each of which represents a punishment for a specific sin. It is part of a series called the Divine Comedy, which also includes Purgatory and Paradise, and it is probably the most read of the three. The Inferno is a story that symbolizes morality, human nature, peace, sin, and coming closer to God. To some extent it is also a criticism of the church, which is evident through the seven popes Dante encounters in Hell. In addition to popes, Dante also included individuals from ancient Roman history, his own personal friends, and his own enemies. Before Dante meets any of these characters, he sets out on his journey on Maundy Thursday and is guided through the nine circles of Hell by the Roman poet Virgil.

Limbo is the first of the nine circles of Hell, and it is by far the least oppressive circle. Unbaptized and virtuous pagans reside in Limbo, which is meant to represent a Godless Heaven. It has green fields and a large castle, which has seven gates representing the seven virtues. Within the castle, many wise men from ancient history reside. Homer, Cicero, Euclid, Socrates, Plato, Aristotle, Hippocrates, and even Dante’s guide, Virgil, live in the castle. Although Limbo is rather peaceful, it is meant to be fairly joyless because it is removed from Heaven. Yet, it is much more joyful than the eight remaining circles, which are made of individuals who willfully sinned.

When Dante and Virgil come to the third circle of Hell, they find a giant worm, known as Cerberus, watching over the gluttons. The gluttonous souls are punished for their sin by having to lie face down in a terrible slush while simultaneously being pelted by ice cold rain. At first this may seem like an odd punishment for gluttons, yet the symbolism makes quite a bit of sense. The punishment for the gluttons is meant to symbolize how gluttony can lead to selfishness and coldness. The gluttons are so deep in their overindulgence that they can’t see what is going on around them.

The fourth circle of Hell houses the greedy, and it is guarded by Pluto, who, depending on the translation, is either meant to be Pluto, the Greek ruler of the underworld, or Plutus, the Greek god of wealth. Regardless of the exact translation of who Pluto is, Pluto does guard the greedy, who are divided into two groups. The first group is composed of those who hoarded their possessions, and the second group is composed of those who spent a lot of money. As punishment, each group is forced to joust with the other group using giant money bags that are pushed by their chests. The greedy individuals are so occupied with their task that they do not even acknowledge the presence of Dante and Virgil. Their lack of acknowledgment is symbolic for the consuming nature of greed.

When Dante and Virgil come to the fifth circle of Hell, they find themselves at the river Styx, and in the river are the wrathful and sullen souls. As punishment for their wrath, the wrathful are force to fight each other in the river. Conversely, the sullen are condemned to spend eternity under the water, where they are withdrawn and cannot find joy. While he is in the fifth circle, Dante comes across an old enemy, the politician Filippo Argenti who confiscated Dante’s property when Dante was banished from Florence for his political activities. Clearly, Dante used the Inferno to punish his enemies on a literary level. The fifth circle of Hell is the last circle of upper Hell. Upon leaving the fifth circle, Dante and Virgil enter lower Hell, which is surrounded by the walls of Dis and guarded by fallen angels.

The sixth circle is the first circle of lower Hell, and it is where the heretics reside. As punishment for going against the beliefs of the church, heretics are forced to spend eternity in flaming tombs. Dante encounters several heretics as he makes his way through the sixth circle, including Epicurus. Epicurus was an ancient Greek philosopher who espoused Epicureanism philosophy. The Epicureans believed that the gods did not intervene in life, which runs quite contrary to the Christian belief in God and explains why Epicurus was in the sixth circle of Hell in Dante’s Inferno.

The seventh circle of Hell represents violence, and it is divided into three rings. In the outer ring there is a river of blood and fire that holds the murderers, who are shot with arrows by Centaurs. The middle ring is where the souls of those who committed suicide reside. These souls have been turned into trees and bushes, which harpies feed on. Following the middle ring is the inner ring, which is where the blasphemers and sodomites spend eternity. As punishment for their sins, the blasphemers and sodomites are placed in a desert with flaming sand and fiery rain.

The fraudulent are housed in the eighth circle of Hell, which is divided into 10 Bulgias, each representing a different type of fraud. According to Dante, the categories of fraud include panderers and seducers, flatterers, simony, sorcerers and false prophets, corrupt politicians, hypocrites, thieves, evil counselors and advisors, divisive individuals, alchemists, perjurers, and counterfeits. Each type of fraud has a specific punishment. For example, false prophets are forced to walk around with their heads twisted on backwards. This is clearly symbolic for their inability to see into the future.

The ninth circle of Hell is guarded by biblical giants, who ring the entire circle. This circle of Hell is divided into four rounds, and is named after people who symbolize the sin for that round. Round one is Caine, and it is where those who have betrayed their family go. Round two is Antenora for Antenor of Troy, who betrayed his community. The third round is named Ptolomaea after Ptolemy, who betrayed his guests by killing them. Finally, round four is Judecca for Judas Iscariot, who betrayed Christ. In the ninth circle the souls are stuck in ice, and from round to round the souls are lodged deeper and deeper in ice. After round four is the center of Hell where Satan resides waist deep in ice. When Dante and Virgil reach Satan, they escape Hell by climbing over Satan and going through the center of the Earth. When they emerge on land, they are on the opposite hemisphere on Easter morning.