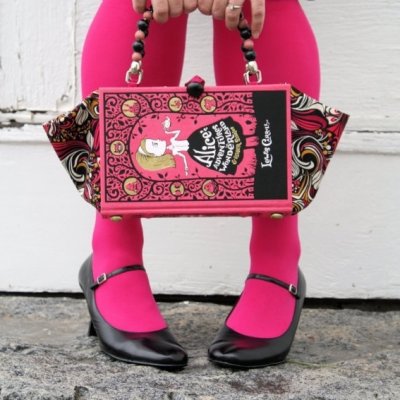 2. James and the Giant Peach

In an elementary school in Texas, James and the Giant Peach by Roald Dahl was banned because it included the word “ass.” It has also been banned in a number of other areas for a number of different reasons, including possible racism and drug use, as well as glorifying rebelling against authority. Apparently, once upon a time, it was banned in a town in Wisconsin because when the spider licks her lips it could be “taken in two ways, including sexual.”

3. Where the Wild Things Are

In 1963, this book was banned in most southern states in the USA because it promotes and supports ‘supernatural events,’ as well as making reference to witchcraft. Apparently this wonderful book also glorifies Max’s tantrums and bad behaviour, which might be taken the wrong way by children. Bruno Bettelheim, an author, describes the book as being too upsetting for kids to read.

4. The Wonderful Wizard of Oz

This book has been banned numerous times, and has even had lawsuits filed against it by a few Tennessee families in 1986! These lawsuits say that the existence of a good witch within the story suggests that any traits humans possess are “individually developed, rather than God given” and that no witch can possibly be good-natured, so the existence of a good witch is impossible.

This lovely book was banned in 1988 in a library in Colorado because the tree is said to be too compliant with requests, and the little boy in the story is labeled “too demanding,” and therefore this book has been called sexist. It has also been challenged in a few schools because it criminalises the forestry industry.

Believe it or not, this book was banned as recently as 1991! Apparently this story shows “homosexual seduction,” for example in the line “would you, could you, on a boat.” In China it was also banned (for 26 years, no less) for having reference to “early Marxism” (Karl Marx was a philosopher who created and supported the structure of communism).

It is hard to believe that a book as intricately beautiful and mesmerising as Animalia, the amazing alphabet book by Graeme Base, could possibly have been banned, but banned it was. Supposedly, this book contains ‘violence and horror,’ but where that is present is beyond me! Can you figure it out?

It is interesting seeing how other people interpret different books, but when books become banned because of it, it can create more problems than solutions! Perhaps proper teaching and explanation of delicate subjects will do a better job of protecting our children, rather than banning any books. What is your favourite banned book?