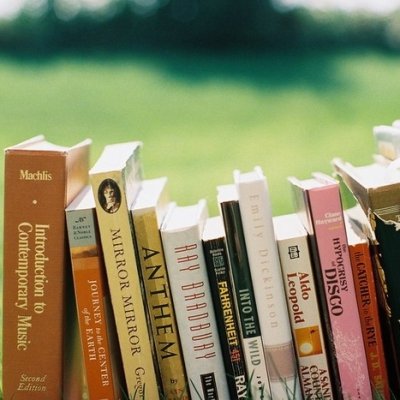 It's that time of year where everyone's talking, writing and tweeting about all the exciting new book releases in 2015, and my reading list is already comprised of more books than I can possibly hope to get around to - unless somebody finally starts paying me to read for a living (here's hoping). It looks set to be another year of instant classics from our most-loved authors and exiting debuts from extraordinarily talented new writers. I've put together a list of nine books I can't wait to read in 2015, and come across many, many more. Read below for the publication dates you need to add into your literary diaries.

1. Etta and Otto and Russell and James by Emma Hooper

Make your first new novel purchase of the year this debut from musician/writer Emma Hooper. The story, set in Saskatchewan, centres around one elderly woman's decision to walk 2,000 miles so that she can see the sea for the first time.

I'm a sucker for anything Neil Gaiman and this promises to be just as fantastical as his other works. Described as 'short fictions and disturbances', it looks at clashes between the old gods and the new in modern America.

3. Nobody is Ever Missing by Catherine Lacey

You might not have read this yet, but you've probably seen the cover. It's already been huge in the USA and it's released over here in 2015. Unnerving and thrilling, it tells the story of a young woman who walks away from her life and ends up in New Zealand.

4. The Buried Giant by Kazuo Ishiguro

This much anticipated new release from Ishiguro marks a significant departure from his earlier work - set in a mythical post-Roman England, in a time where tensions between Britain and Saxons are running high, I'm looking forward to seeing if it lives up to the hype.

Anything by Toni Morrison is probably going to pretty good, and I can't wait to read this. Set for release in April, it explores the impact childhood trauma gas in adulthood.

6. A God in Ruins by Kate Atkinson

I absolutely love, love, love Kate Atkinson, so I'm really excited to read this. Have you read Life After Life? This novel tells the story of Ursula Todd's beloved brother Teddy. I'm interested to see how she'll tell Teddy's story - and how heartbroken I'll be at the inevitable ending (spoiler alert if you haven't read Life After Life).

7. In the Unlikely Event by Judy Blume

Published by Picador - a publishing house I absolutely love, for its beautiful fiction and wonderful design - it's Judy Blume's first adult novel in sixteen years. Based on her own childhood, it tells the story of a community left shocked by a number of freak plane accidents.

Atwood's (richly deserved) legions of fans will be eagerly awaiting September - when her latest novel, a story about a couple who sign up for a social experiment in a near-future world, is released.

9. The Girl on the Train by Paula Hawkins

This is already been hailed as the next Gone Girl, so if you're a fan of thrillers, get ready to pre-order. It's a fast-paced page-turner about a young girl who inadvertently gets caught up in a murder case after something she sees on the way to work.

See - told you there's lots of exciting new books coming up this year. However, my main aim in writing this is ultimately selfish - I'm looking out for recommendations of new books that I haven't come across yet. Do you have any to share with me?