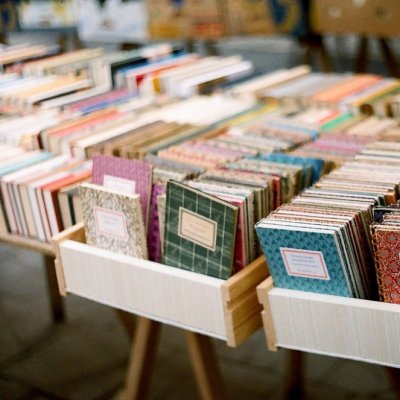 Novels are there, essentially, to make you feel something. They'll make you fall in love, break your heart, make you laugh and much more. But then there are the novels you almost have to look away from, like you would a gory scene in a film. Of course, that doesn't help because the words are already wriggling in your head. I really admire authors who write like this - I think it's an extraordinary skill to make a reader feel like that just through words alone. So, if you're looking for an uncomfortable but powerful read, try one of these.

1. Eat My Heart out by Zoe Pilger

This is actually very tame compared to the other books on this list. Set in present-day London, it's a frank, very honest look at the life of a young woman unsure what she wants and who she is. The majority of the book is fine but there are a few scenes - horribly inappropriate one-night stands and animal murders - that left me feeling like I needed to close the book and walk away for a while.

You've probably seen the cover of this one - google it if not; graphic, but an example of just how powerful a good jacket design can be! It tells the story of a female teacher with a penchant for pre-pubescent boys and her affair with a student at her school. It doesn't spare any detail, but the most off-putting thing is the protagonist's total inability to see that she's doing anything wrong - and the way we, as a society, treat an attractive, young woman who is also a paedophile.

I found this when I was much younger (too young) in the classics section of a Waterstones in an airport and happily took it with me as a beach read. It is truly horrendous - easily the most disturbing book I have ever read. The protagonist is in prison and the story of why he's there unfurls gradually - A M Homes reveals his monstrous nature so slowly that the ending, when we find out what exactly it is that he did, is even more shocking. It's a testament to her great writing that the reader feels sorry for him, and then is left feeling horribly guilty for that by the end.

A friend told me to read this and to be prepared to feel a little ill. Palahnuik isn't exactly known for mincing his words and this short story, part of a larger collection called Haunted, is tough-going. It'll only take you a minute to read, but don't do it over lunch. Apparently, people actually had to leave during a reading of this because it was too much for them. Don't say I didn't warn you.

5. The Wasp Factory by Iain Banks

There are so many things wrong with the protagonist of this book that I'm not sure where to start. It follows the story of Frank, a teenager living on an isolated island with his father. As we read, we learn that he's probably murdered two people before reaching the age of ten, and makes a habit of torturing animals. He also has a brother who's escaped from a psychiatric hospital. And wait 'til you find out what the wasp factory is.

6. We Have Always Lived in the Castle

If you read any book on this list, make it this. I don't think this has ever received the acclaim it deserves, and it remains one of the best books I have ever read. It tells the story of Constance and her sister, Merricat, following the deaths of their entire family by arsenic poison. It's a murder case that was never solved, and now the sisters live alone in the isolated house, hated by the townspeople. It's Merricat that's the truly unsettling thing about this book, though - you'll get the sense straight away that's there's something a little...off.

The beautiful, lyrical quality of Suskind's writing makes a very dark story easy to read in Perfume. It's about a man born with no smell of his own, but a heightened ability to smell others. So, he sets out to create the perfect scent by murdering young, female virgins.

So, I'm not suggesting you take any of those on your summer holidays this year. But whether you enjoy them or not - and I'm not sure 'enjoy' is the right word - you'll certainly remember them. What books have you read that have disturbed you?