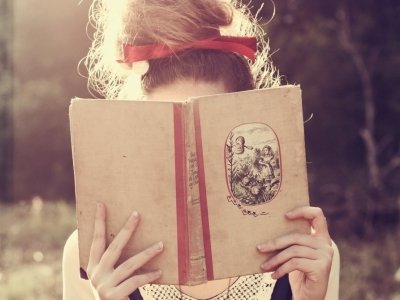 British literary classics make me so happy because their content is brilliant and their writing style stands out. I think it’s great when you can slyly reference the great British literary classics. Sometimes you’ll be the only one to get it, but those moments when someone realizes what you’ve said and a smile stretches across their face are awesome. If you haven’t already read these classics, I don’t know what you’re waiting for.

I recently participated in an Improvisation game designed for the actor, me, to defend an indefensible argument. My argument: eating babies. I had to laugh because I suddenly started to provide solid and logical reasons why eating children is actually good for the economy and a successful plan overall. What they didn’t know was that I was drawing all my points from Jonathan Swift’s British literary classic “A Modest Proposal,” a satirical piece in which he addresses the British government in regards to the starving Irish and suggests that eating babies will solve the famine. This piece is hilarious because Swift works it in a way that you feel his idea of eating babies is more sane than doing nothing as the British government has done.

“The Rape Of The Lock” meets all the criteria of a great epic. This work by Alexander Pope talks about the scandalous and larger-than-life “rape of the lock.” In reality, a prank is pulled and a woman’s hair is cut. But the way Pope writes this piece leaves you entertained and laughing. He links this minor event to the world of the gods. Quite a kick in my opinion!

We all have our love-hate relationship with Geoffrey Chaucer’s “The Canterbury Tales.” This satirical work follows the lives of pilgrims as they make their way to Canterbury on pilgrimage. The premise is that each pilgrim will compete in a story-telling competition by telling one story on the way there and one on the way back. Although Chaucer died before completing the work, the stories we do have are all unique in their own way. “The Pardoner's Tale” even proved for inspiration for “The Tale of Three Brothers” found in the 7th Harry Potter book by J.K. Rowling. I’m a big fan of “The Pardoner’s Tale.”

Another great epic, “Paradise Lost” follows Satan as he falls from heaven into hell at the beginning of good and evil. Whether or not you like it for its religious aspects, the writing is superb. “Here we may reign secure, and in my choice / To reign is worth ambition, though in Hell. / Better to reign in Hell than serve in Heaven.” So powerful! John Milton did a wonderful job bringing this story to life.

5. Sir Gawain and the Green Knight

This tale can be found in the Arthurian stories. A challenge is presented once a mystical Green Knight, a man completely green and clearly supernatural, appears. He challenges the praised men in King Arthur’s court to allow one strike for one strike. Sir Gawain steps forward and cuts off the Green Knight’s head. The Green Knight picks up his head and tells Sir Gawain that he will see him in a year and one day for the Green Knight’s turn to strike. Definitely wasn’t what I was expecting to happen but I list this classic amongst the greats.

I read Jane Austen’s “Pride and Prejudice” in high school and my copy was torn apart with notes. I loved this book! I thoroughly enjoyed reading the interactions between Mr. Darcy and Elizabeth Bennet. Their courtship is definitely different than others of their time, that’s for sure. “Pride and Prejudice” is one of the most popular novels of all time.

My sister, the bookworm English student, has been talking about “Jane Eyre” by Charlotte Brontë ever since she read it. The story follows Jane from childhood to adulthood and her love for Mr. Rochester. But it’s far more than that. “Jane Eyre” deals with love and passion, social class, morality, feminism, atonement, and a search for home.