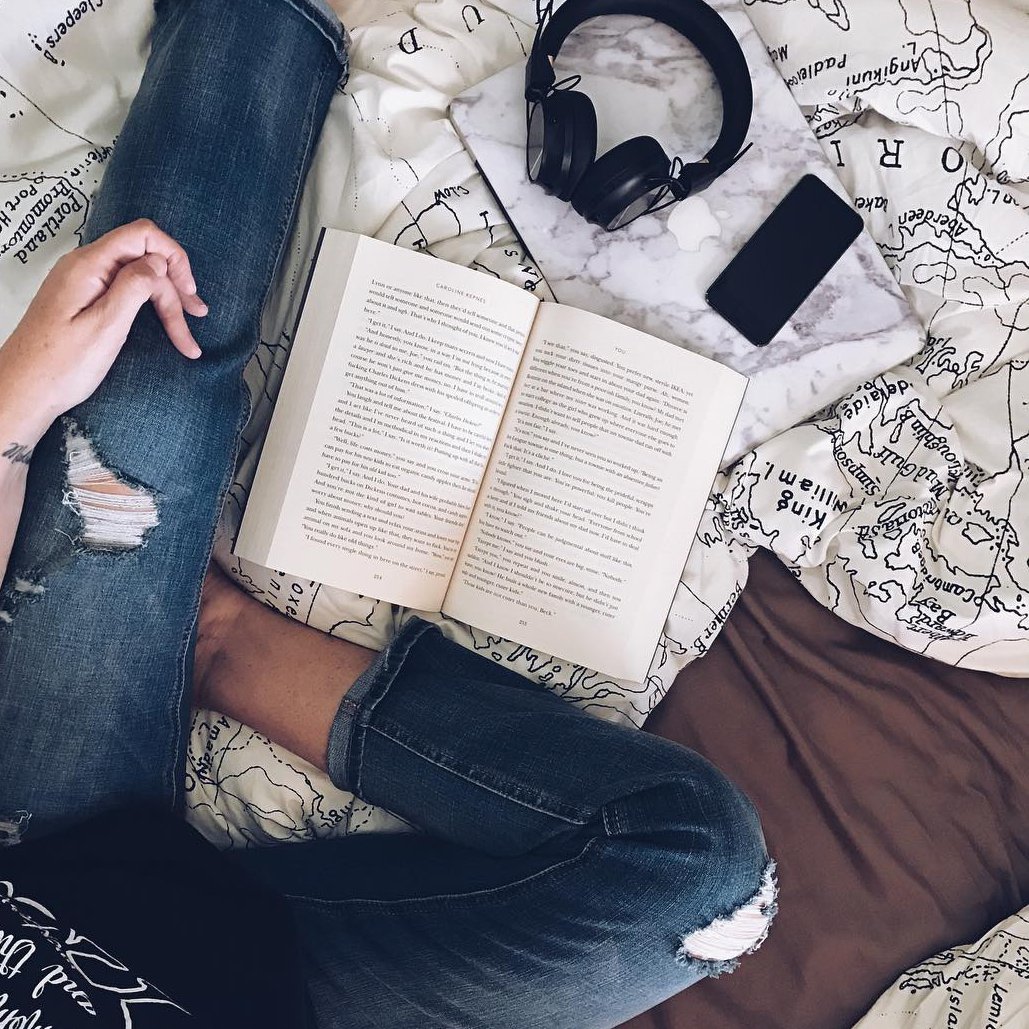 Whether you're looking for a few great fiction novels to keep you busy over the holidays or just feel like a change from the books you normally read, this list has you totally covered!

Have you read any of the books on this list and what's your favourite young adult fiction?

1. Violet on the Runway - Melissa Walker

This book goes right past the surface of the modelling industry and discusses the harsh, unattractive side to being a model which is somewhat hidden from us in real life and how the media affects them in such ways that it's quite disturbing and very sad.

Violet is still learning and discovering things about herself, trying to find a way to fit in and also trying to find out who she truly is, which many young adults can relate to.

Soon she gets scouted by a famous modelling agency and her life is quickly turned upside down. She gets taken to New York for castings and auditions, staying in a model house with others who see her as competition and make her life very hard as an amateur model just starting out.

She gets sucked into another life, one that she starts out thinking of as amazing and glamourous but soon the cracks start to show and she realises there's a lot more to it than meets the eye.

It really highlights how much pressure they are under all the time and Violet has to decide whether or not she wants to be a part of that, or whether she prefers living her own life in a small town, right away from the spotlight and cameras.

2. The Worst Thing She Ever Did - Alice Kuipers

Sophie is trying to get her life back on track and recover from a terrible incident which killed her sister (she was involved in it too but survived).

She struggles to cope with the significant loss in a way that she constantly makes out that she is fine on the outside, when really she is breaking apart on the inside where no one can see the truth or understand how hard it is for her and what she's going through.

This ends up holding her back as she finds it impossible to move on, so Sophie goes on a journey of redemption to finally give herself the peace and forgiveness she needs to move on and accept what happened in the process.

There's a whole series to this book, so if you enjoy it you should definitely carry on and read the entire series!

In this gripping dystopian and sci-fi themed book, Kyla had a previous life but committed a crime and was then 'slated' - meaning her memory was erased, personality wiped blank and memories lost forever.

This is what the government do when a crime is committed, they 'slate' the criminal in an attempt to give them a new life or a 'clean slate' (as the term 'slating' comes from) in which they become an entirely new person, given an entirely new identity and assigned a family which they are supposed to believe is their own.

The ones who have been slated aren't supposed to remember anything about their previous life, however Kyla can remember parts of hers and knows the truth of what the government are doing to people.

She tries to recover her memories to find answers about her true identity, not just the one she has been assigned since being slated. However, she's fighting against society and soon has people suspecting her and onto her case which she has to be careful off.

London can see into the future (in flashes, much like memories) but can't remember anything of her past because it's blank. So she knows what is to come but not what has been, even aspects of her own life like her childhood is a complete blank.

Throughout the book she goes on a self-discovery journey to find out what her past held and pieces her life together one bit at a time.

In doing this she also finds out many secrets within her family which she can only learn by finding more about herself and her secret, mysterious past.

Gina has always had a mad crush on 'the bad boy' called Tony who Gina is convinced she is in love with. One day, he looks her way and in doing so she forgets everything else in the world.

Her world quickly becomes all about him and it's not long before he dominates her life, every thought and action she has and done is with Tony in mind.

She adores him in every way possible but a part of her is wondering if all this is too good to be true...why would a bad boy like Tony (who could have anyone he wants) be looking at her? Tony has secrets, though and is not all good news.

One day a terrible crime is committed. Gina finds herself quickly getting dragged into a very serious situation along with Tony. Gradually her suspicions about him grow that he was directly involved.

Gina discovers what it means to do the right thing and knows that it's best to do this before it's too late.

Olive likes to blend into the background at school, trying to be invisible and stays under the radar. She keeps to herself and does her own thing, not bothering those around her.

Suddenly a new girl, Miranda, comes to her school. From the very beginning Olive can sense there's something different and not right about Miranda, and it's not long before she finds out she's actually a shape-shifter that takes on other people's personalities, completely draining them and taking their power in the process.

As Miranda befriends the most popular girl in school, things quickly start to change. The shape-shifting process starts with Miranda taking her place as queen of the school, then gradually the rest of her life until every aspect of it is hers.

There's another problem though...others are so transfixed by Miranda's popularity and glory that they don't see what's truly going on. They're blinded to what's unfolding right in front of them and the only person who can clearly see it is Olive.

Olive must uncover the truth about Miranda before it's too late. She'll face her worst nightmares as well as coming face to face with pressing issues from her past.

Ever since attending her private boarding school, Rebecca has kept a private diary with all of her thought inside. Life couldn't be better, she has a great groups of friends and one very best friend, Lucy, who are practically joined at the hip.

But one day a new girl arrives at their boarding school, Ernessa. Rebecca can sense there's something different about her, starting with her deathly pale skin and odd manner...almost as though she's a modern-day vampire.

Ernessa befriends Lucy and others in the group, leaving Rebecca feeling both excluded and jealous. Ernessa is slowly but surely becoming more and more powerful, each and every day that she's there.

Rebecca must fight to save her best friend to maintain control as well as get to the bottom of Ernessa's scary and unsettling secret.

Samantha McAllister looks just like the rest of the popular girls in her junior class. But hidden beneath the straightened hair and expertly applied makeup is a secret that her friends would never understand: Sam has Purely-Obsessional OCD and is consumed by a stream of dark thoughts and worries that she can't turn off.

Second-guessing every move, thought, and word makes daily life a struggle, and it doesn't help that her lifelong friends will turn toxic at the first sign of a wrong outfit, wrong lunch, or wrong crush. Yet Sam knows she'd be truly crazy to leave the protection of the most popular girls in school. So when Sam meets Caroline, she has to keep her new friend with a refreshing sense of humor and no style a secret, right up there with Sam's weekly visits to her psychiatrist.

Caroline introduces Sam to Poet's Corner, a hidden room and a tight-knit group of misfits who have been ignored by the school at large. Sam is drawn to them immediately, especially a guitar-playing guy with a talent for verse, and starts to discover a whole new side of herself. Slowly, she begins to feel more "normal" than she ever has as part of the popular crowd . . . until she finds a new reason to question her sanity and all she holds dear.

9. Everything I Never Told You - Celeste Ng

A teenage girl goes missing and is later found to have drowned in a nearby lake, and suddenly a once tight-knit family unravels in unexpected ways. As the daughter of a college professor and his stay-at-home wife in a small Ohio town in the 1970s, Lydia Lee is already unwittingly part of the greater societal changes going on all around her. But Lydia suffers from pressure that has nothing to do with tuning out and turning on. Her father is an American born of first-generation Chinese immigrants, and his ethnicity, and hers, make them conspicuous in any setting. Her mother is white, and their interracial marriage raises eyebrows and some intrusive charges of miscegenation. More troubling, however, is her mother’s frustration at having given up medical school for motherhood, and how she blindly and selfishly insists that Lydia follow her road not taken. The cracks in Lydia’s perfect-daughter foundation grow slowly but erupt suddenly and tragically, and her death threatens to destroy her parents and deeply scar her siblings.

Sophie Winters nearly died. Twice. The first time, she's fourteen, and escapes a near-fatal car accident with scars, a bum leg, and an addiction to Oxy that'll take years to kick. The second time, she's seventeen, and it's no accident. Sophie and her best friend Mina are confronted by a masked man in the woods. Sophie survives, but Mina is not so lucky. When the cops deem Mina's murder a drug deal gone wrong, casting partial blame on Sophie, no one will believe the truth: Sophie has been clean for months, and it was Mina who led her into the woods that night for a meeting shrouded in mystery. After a forced stint in rehab, Sophie returns home to a chilly new reality. Mina's brother won't speak to her, her parents fear she'll relapse, old friends have become enemies, and Sophie has to learn how to live without her other half. To make matters worse, no one is looking in the right places and Sophie must search for Mina's murderer on her own. But with every step, Sophie comes closer to revealing all: about herself, about Mina...and about the secret they shared.

What YA readers do you recommend?